UCL hosted a University of Toronto (U of T) delegation to develop health science collaborations between the two institutions. 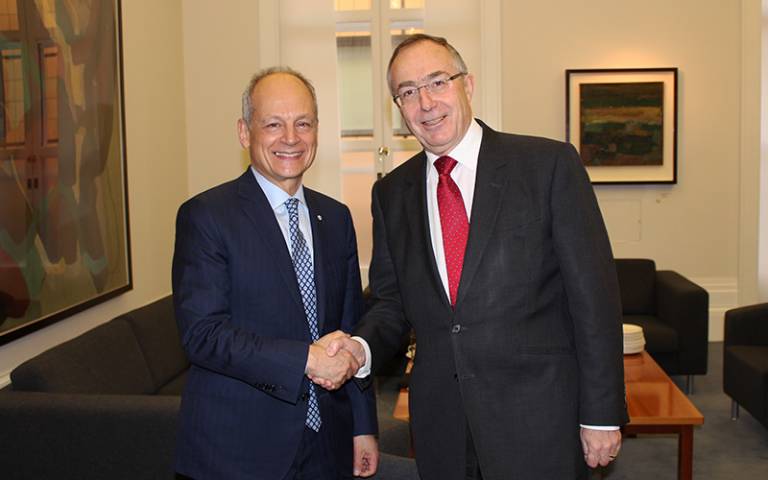 They heard updates on the joint seed funding projects launched in November and committed to putting additional support and resources in place to develop the partnership across the areas of child health, neuroscience, education and cities.

Attendees also discussed how UCL and U of T might work more closely together to leverage political support to further science research collaboration between the UK and Canada. 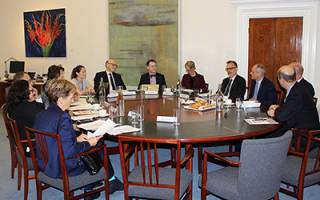 Professor Ros Smyth, Director of the UCL Great Ormond Street Insitute for Child Health, presented new initiatives to increase collaboration with health counterparts at U of T and be "greater than the sum of our parts".

She described a new doctoral exchange opportunity and plans to invite distinguished U of T speakers to present in London, beginning in April with U of T Professor Mike Salter, Chief of Research at The Hospital for Sick Children (SickKids) - the largest centre in Canada dedicated to improving children's health.

Meric, himself a former Visiting Professor to the UCL Geography department, highlighted the similarities between the structures of UCL and U of T in breadth and scope and said there “ought to be a great foundation for true collaboration”.

He added: “It’s great to be back at UCL. Since my first visit here we have reorganised our whole approach to global engagement, inspired by what UCL has done. There was very strong buy-in across the institution to do that.”

Nicola highlighted how both institutions were committed to “building on excellence and from the ground up” in developing sustainable collaborations.

UCL’s academic and research collaborations with U of T span many faculties and form part of UCL’s ongoing engagement with partners in Canada (pdf, 2MB).

The UCL-U of T partnership made great strides during 2017, with seven projects securing joint funding over the next two years and a new working group set up to encourage further collaboration. The group is co-chaired by UCL’s Pro-Vice-Provost International Dr Karen Edge and Vice-Dean International (Mathematical and Physical Sciences) Professor Nikos Konstantinidis.