The 'Towards HIV and TB elimination in South Africa' event saw researchers from UCL, LSHTM and AHRI share their findings 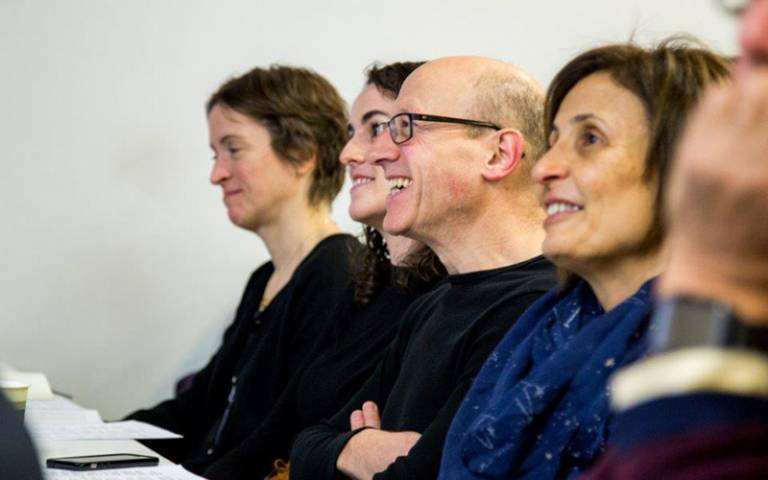 Organised by UCL's Division of Infection and Immunity and SLMS Research Coordination Office, the one-day event brought together researchers from UCL and the London School of Hygiene & Tropical Medicine (LSHTM) with those visiting from AHRI in South Africa, to share their research and nurture further cross-disciplinary and global collaboration.

UCL President & Provost Professor Michael Arthur also announced that there will be new funding, via the Division of Infection and Immunity, for South African students to study at UCL.

There will be three MSc studentships available - one a year from 2018/19 - and one PhD studentship starting later this year.

In an introductory speech, UCL’s Vice-Provost (International) Dame Nicola Brewer highlighted the longstanding collaboration between UCL and AHRI, citing it as an early inspiration for UCL’s own Global Engagement Strategy (GES).

"[AHRI] continued to stand out as an example of how we would achieve global impact," she explained to the packed lecture theatre.

Nicola also emphasised the collaborative nature of the event, telling the audience: "Partnerships of equivalence depend on trust, [and] relationship building is an important part of the day."

One such example of AHRI's collaborative approach is Dr Kobus Herbst, AHRI's Chief Information Officer, who is a Co-Lead of the SAPRIN initiative that will bring together the three existing demographic surveillance sites into a single data structure.

The remainder of the event focused on what AHRI Director Professor Deenan Pillay described as the "three epidemics converging in South Africa: HIV, TB and NCDs," along with the methodology of cross-disciplinary, team-based research.

The diverse programme saw speakers from across each institution present their innovative research, join panel discussions and answer audience questions.

There were three sessions, focusing on New Methodologies, HIV and TB, each chaired by members of LSHTM and UCL faculty, with an interactive panel discussion following the presentations.

The first session focused on new methodologies, with Professor Aroon Hingorani, Director of the UCL Institute of Cardiovascular Science, speaking on the democratisation of drug development success, while LSHTM's Professor Janet Seeley covered the place of social science in health research.

This was followed by a discussion covering how social and basic science can work together for impact and successful outcomes.

The wide-ranging HIV discussions that followed touched on topics including population-based approaches to reducing the prevalence of the disease, while AHRI's Dr Alex Sigal gave an overview of some of the centre’s innovative research through its 'HIV reservoirs and evolution' programme.

The post-panel discussion focused on potential opportunities for future research, the benefits of social science and intervention science in pre-intervention methodology and avoiding the stigmatisation of 'hotspots' using dynamic and responsive interventions.

In the final, TB-focused section of the day, AHRI's Professor Alison Grant talked the audience through the new 'Omoya Omuhle: A breath of fresh air' project, which takes a "whole systems approach" to infection prevention and control for drug resistant TB.

Other presentations focused on the drivers of TB disease risk and human immune response variation.

A lively discussion followed, with AHRI faculty recommending its facilities and flagging the opportunities for post doc and early career researchers to visit the centre in South Africa.

He said: “UCL is committed to capacity building at AHRI and as part of that commitment, funding has been made available via the Division of Infection and Immunity for South African students to study at UCL through AHRI on studentships.”