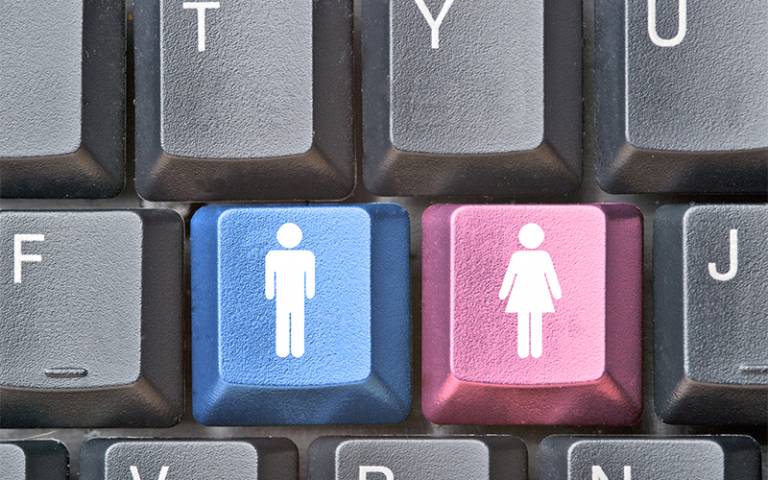 UCL’s 50:50 gender equality group, which Geraint Rees and I co-chair, is taking stock of how ready we are to renew our application for a university-wide Athena SWAN Silver award. We’ve got until November next year.

Surprise, surprise, the application form has changed. There are new questions on important topics such as professional services careers that we need to address if we are to maintain our silver status.

At UCL, we don’t only think about gender equality when we’re renewing our Athena SWAN applications or on International Women’s Day.

In an era of Everyday Sexism and threats to hard won battles for equality such as the 1973 Roe vs Wade case in the US, we can’t take even the progress we’ve made in recent years for granted. I want a level playing field. But I want even more badly for the field not to become less level again.

Not a zero sum

I don’t see gender as more important than other aspects of diversity. As I used to argue when I was at the Equality and Human Rights Commission, progress on diversity is not a zero sum.

Moving forward on one equality ‘strand’ – gender, disability, ethnicity, sexuality, age, religious belief or non-belief, or across different strands, known as ‘intersectionality’ – also contributes to the broader goal of making our society more tolerant in the best sense of that word.

Speaking out against sexual harassment or intolerance of any kind benefits everyone. It develops a shared sense of what’s OK and what’s not OK. It helps everyone work out where to draw the line.

Not easy, and that’s why the UCL ‘Full Stop’ symposium chaired by the Provost this week is so significant.

I use three lessons from earlier in my career as a guide. The first two come from my EHRC days. First: ‘nothing about us without us’ – the Disability Rights Commission’s mantra. It means, ask, don’t tell, someone from a particular group what they might want or need.

Nothing infuriated me more when I was a young working mother than being told, “Oh, that’s not a job for you.” (Actually, a recent blog by University of Cambridge Professor Athene Donald flagged an even more irritating line, “Your time will come!”)

And finally the third guiding principle, which I learned in South Africa, is ‘ubuntu’ – a Nguni word Desmond Tutu defined as meaning, “My humanity is inextricably bound up in yours.” We have to define ourselves and our identities in relationship to others.

But I expect men not to mind if they are in the 40% either, and not to make a fuss about feeling ‘overrun by women’. The nice thing about 60:40 is that it is a gender neutral goal.

But it doesn’t look so good from the standpoint of a female postdoc. We still have a significant pipeline issue: 50% of our postdocs are women, but only 25% of our professors are (although this compares favourably with the Russell Group).

How have we made progress? Through a concerted series of actions, some small, some bigger, all expressing senior commitment to making a difference.

Many are focused on the ‘gateway’ moments, where the pipeline of women often starts to tail off. Here are some of the things that seem to be working:

And more that we can and are planning to do:

If you’re a man reading this, thank you. If women hold up half the sky, men hold up the other half. And please don’t feel threatened. This is about talent and fairness and positive action, not positive discrimination.

For more information about the Athena SWAN process contact equalities@ucl.ac.uk.