At the limits: UCL supports medical education expertise in Africa

The South African government has backed a UCL collaboration with the University of Cape Town to help further medical education.

A UCL collaboration with the University of Cape Town has received backing from the South African government to expand global knowledge sharing opportunities with local leaders in medical education.

The ‘Cardiology, Diabetes and Nephrology At the Limits’ healthcare conference, led by Professor Derek Yellon at UCL, has been awarded 1 million rand by the South African National Research Foundation (NRF) to support physicians and post-graduate students who might otherwise be unable to attend.

Next year’s conference is being held at the University of Cape Town from 7-9 April and brings together world renowned experts to discuss cutting edge developments in the closely linked disease areas.

Dame Nicola Brewer, UCL’s Vice-Provost (International), is among speakers due to attend the event, which is now in its 19th year. 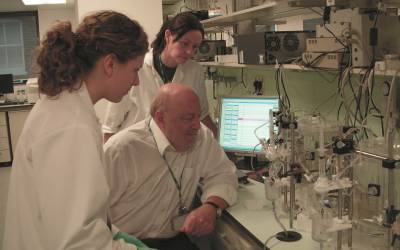 Delivered by UCL’s Hatter Cardiovascular Institute and the University of Cape Town, the At The Limits conference enables physicians to understand the clinical impact of new scientific developments and how these can be implemented today to affect the clinics of tomorrow.

Topics at the conference will range from rheumatic heart disease – an important cause of cardiac disease in Africa - understanding the threat of diabetes from a worldwide perspective, and protecting cancer patients from heart failure associated with chemotherapy.

The initiative was founded in 1995 by Professor Yellon and is supported by organisations including the UK Department of Health, via its UCLH Biomedical Research Centre, The Lancet medical journal and the Pharmaceutical Industry.

Attracting an international audience of over 300 delegates from over 25 countries, the event’s additional partners include US-based Brigham and Women’s Hospital.

With discussion topics spanning the fields of Natural Science, Engineering and Technology, Professor Yellon said the longstanding event exemplifies UCL’s approach to interdisciplinarity, as well as a partnership of equivalence.

He said: “Cardiovascular disease is the single biggest killer in the world. Everyone who attends this event comes from a different background, but each has something to offer – from stem cell research to clinical trials. People go back to their hospital and take on board what they’ve learnt, to change practice.

“The support we’re receiving from the NRF this year offers a great opportunity to extend participation to an even wider audience – of the 300 people that will attend in 2017, 150 will be from South Africa and sub Saharan Africa. That’s nearly double the amount than in previous years. It will enable discussion with peers on an international platform to not only develop their scientific knowledge, but also give them the confidence to network and build relationships with practicing physicians.”