Dr Francesco Aletta (Faculty of the Built Environment) received funding from the UCL Cities Partnership Programme to measure soundscapes in cities across the world. 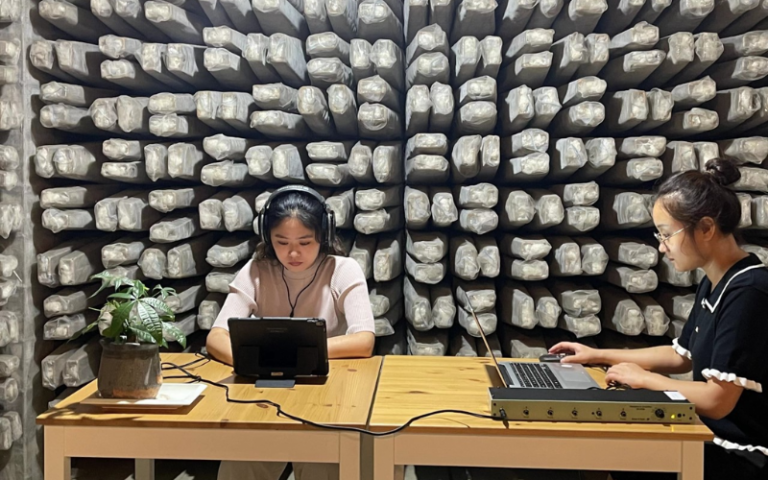 Sounds in cities are often measured as noise in terms of decibel levels. Yet the human perception of soundscapes is often overlooked. Although there is a standard for measuring soundscapes in English, these standardised scales cannot be used effectively in non-English speaking countries.

In response to this, Dr Francesco Aletta developed a project to collaborate with researchers in 20 institutions around the world to create validated translations of the international standard ISO/TS 12913-2:2018 for measuring soundscapes. The research was an extension of the work he does with the UCL Acoustics Group, with Professor Jian Kang, Dr Tin Oberman and Dr Andrew Mitchell.

Soundscapes instead of noise

“Noise in cities is often approached from a noise control perspective,” explained Francesco. “For instance, we want to control and reduce traffic noise. Soundscape studies is more about the positive aspects and the qualities of sounds. But we don't always have the right tools to measure the perception of this.”

The creation of a standard for measuring soundscapes by the International Organization for Standardization (ISO), the ISO 12913 series, which was adopted by the British Standards Institution (BSI), was an important step towards recognising there are more aspects to sound than just noise measured in decibels. But Francesco and his colleagues were acutely aware that standards written in English could not be effectively used in non-English speaking countries. As a result, he set up a network with more than 60 researchers in 20 institutions around the world to standardise soundscape assessments across different languages, cultures and countries, called the Soundscape Attributes Translation Project (SATP).

Together, the team has been developing validated translations of soundscape questionnaires in local languages. The measures take into account different aspects and perceptions of the soundscape, such as: pleasant, annoying, calm, eventful, vibrant, etc. The work has involved recordings of urban soundscapes being played to people in different parts of the world, and gaining assessments and feedback from participants in the local language.

There have been various challenges within the process, which includes cultural differences of how terms such as ‘annoying’ or ‘vibrant’ are perceived. In some languages, a single descriptive word is adequate to describe the perception of a soundscape. But in character-based languages such as Mandarin Chinese, each character already represents a concept. So in some cases, a collection of words is necessary to convey the same sentiment. 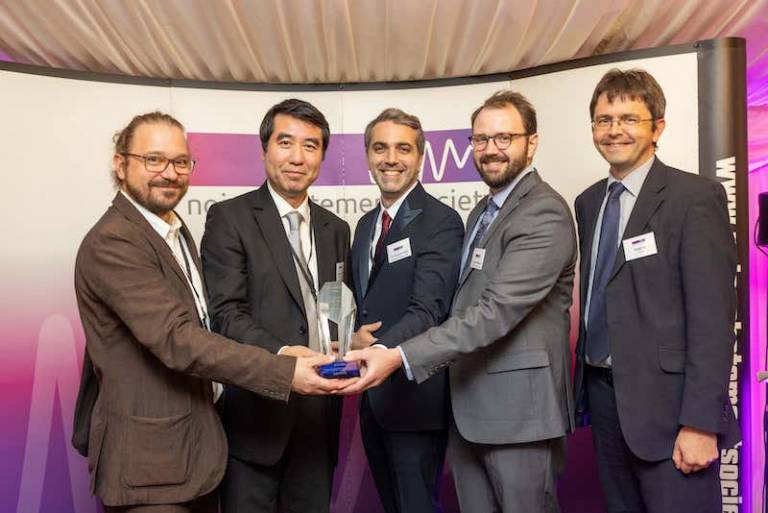 As a result of their work, the team is helping to build momentum in the understanding of soundscapes, and the importance it holds. Their work will be featured in a special issue of the Applied Acoustics journal published by Elsevier, and Francesco published a chapter called ‘Listening to Cities’ in the Frontiers 2022 report by the United Nations Environment Programme (UNEP), which focuses on emerging issues of environmental concern. The team’s work was awarded the John Connell Award 2022 for the Soundscape category, promoted by the Noise Abatement Society.

The next key step is for the validated translations to feed into a new standard to be adopted by the International Organization for Standardisation (ISO). “We’d like policymakers and redevelopment companies working on urban renovation schemes to use these standards to consider soundscape quality in their work,” Francesco said. “We want to promote the concept of soundscape quality in its own right, and the impact this has on the general public. This is about promoting better soundscapes, rather than reacting to bad ones. Our approach will make the topic of soundscapes more inclusive to other cultures and countries.”

The funding Francesco received for this project has also helped his career progression. “As a relatively early career stage academic, this was the first big network I coordinated,” he explained. “As well as enabling me to progress my work in the soundscape field, it also improved my visibility internally, and I was recently promoted to a lectureship.”