Collaborations that sparked an exoplanet mission 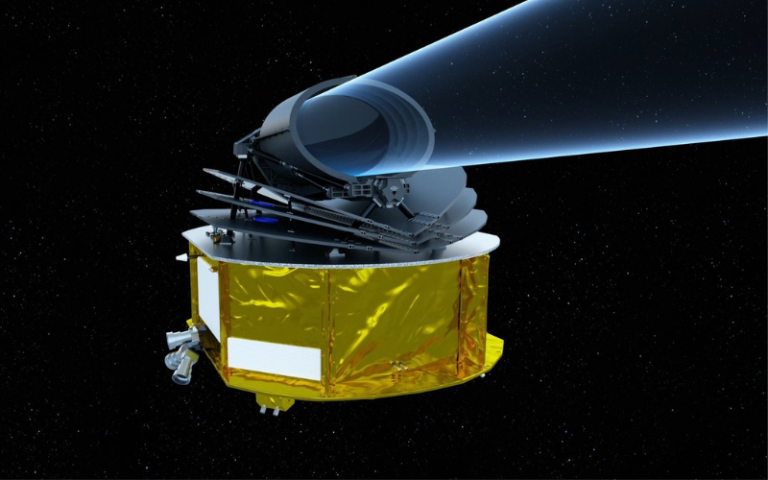 During the last 30 years, scientists have learned that every star in the galaxy hosts planets. That means there must be billions of planets in our galaxy alone. We currently know of the existence of over 5,000 planets around the nearest stars to Earth. At the current rate of discovery, we expect this number to have doubled in around five years’ time. Yet very little is known about these planets. Scientists believe that if we can learn about them, not only will we have a greater understanding of the galaxy, we will also be able to understand Earth better.

To progress our understanding of these planets that orbit stars outside the solar system – called exoplanets – UCL collaborated with researchers in Paris and Rome (CEA Paris-Saclay and Sapienza University) at the design of Ariel, the only space telescope dedicated to undertaking a comprehensive survey of exoplanets in a wide variety of environments. Ariel, whose scientific leadership is provided by UCL, will be launched by the European Space Agency in 2029. The Ariel payload will be built by a consortium of 16 ESA countries, with a contribution from NASA and the Japan Aerospace Exploration Agency.

A drive for understanding

“Exoplanets are completely unknown worlds,” said Giovanna. “We believe there's a huge diversity, and there are probably planets unlike the ones we have in the solar system. So we need to learn more about these worlds, and how planets are forming and evolving in the galaxy. Ultimately, learning about exoplanets is a way also to understand why Earth is as it is, as opposed to what we're seeing out there. Given the current situation with the climate, this could be crucial.”

The collaboration with researchers in Paris and Rome led to the team producing dozens of papers on many aspects of exoplanetary science and what a related space mission should explore.

The Cities Partnerships Programme Funds from UCL Global “came at a critical moment for the mission,” said Giovanna. “Together with our collaborators in Paris and Rome, we were able to work through numerous simulations together. This work was pivotal for the adoption of Ariel in November 2020, when the mission moved from blueprint to reality. After the adoption, an industrial contractor was selected to build the spacecraft and a legally binding agreement was signed by all the national space agencies funding the instrument.”

With a number of years until the mission launches, the team is busy planning all aspects of the work. The international team has expanded significantly to more than 500 scientists and engineers, and £30 million of funding from the UK Space Agency was recently confirmed for the hardware component of the mission.

One aspect the team is working hard on is how the data will be gathered and analysed throughout the mission. “As part of the mission, we’re setting up an international consortium of machine learning and artificial intelligence (AI) specialists,” Ingo explained. “This has not existed until now. But we want to build an AI community that specifically develops algorithms. We also want to ensure we’re ready to be continually analysing data during the space mission.”

For Ariel, the team is building the software pipeline in conjunction with the engineering and instrument design. This is so everything is ready to go from day one. “With the 10 year lead time, it means we’re actually building the next generation software as we go,” Ingo said.

Defining the future of scientific collaboration

Both Giovanna and Ingo agree that Ariel has already brought tremendous benefits in terms of collaborative working. This is a project that started with UCL bringing together some key experts in Europe and resulted in a confirmed space mission.

“We expect the scientific results from this mission to be transformational,” said Giovanna. “But this is about more than that. It is an opportunity to connect on the global level and encourage collaborative scientific efforts, as opposed to competitions.”

The global team has also come together to ensure equality and diversity is woven into the mission. This includes ensuring gender balance and giving both senior and early career academics meaningful opportunities in the mission. “Ariel is an opportunity to encourage this positive way of working, in addition to doing good science,” Giovanna said.

“Once people work with each other, they start trusting each other, and the tone shifts,” Ingo explained. “This is the first time in our field that a consortium of hundreds of international researchers has come together to work on a project with one common goal. It has sparked so many collaborations across the world, and it's changed the field in itself.”