Looking at the biodiversity impact of biscuits 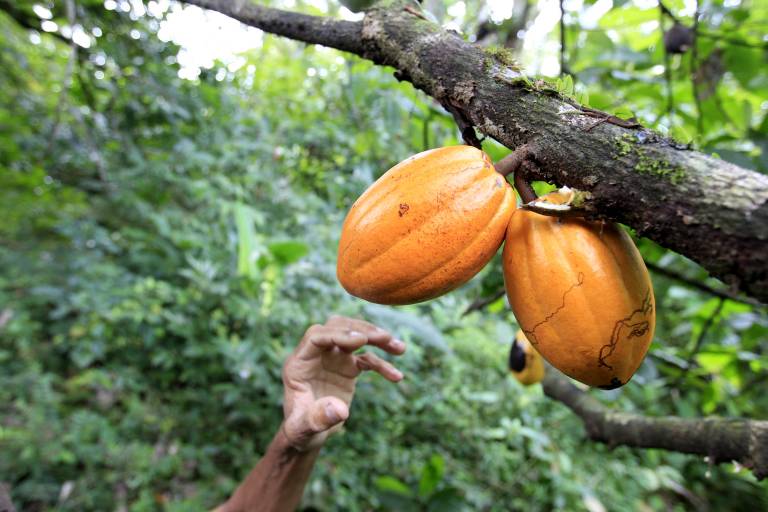 The ingredients that go into our food are produced in diverse regions of the world, but there is often a disconnect between consumers and food producers. When we buy and eat food in the UK, we don’t really know what impact this is having elsewhere in the world.

To explore the impact of food products on biodiversity further, Dr Abbie Chapman (UCL Institute for Sustainable Resources) and Dr Charlie Outhwaite (UCL Centre for Biodiversity and Environment Research) collaborated with a variety of researchers in relevant fields across the UK and the world. The purpose was to discuss ideas and bring together different areas of expertise to develop further research projects.

“The impact of food on biodiversity is a question that covers a lot of areas of overlapping research,” explained Charlie, “but these areas don’t always come together as much as would be useful. So we approached people who were interested in biodiversity, people interested in trade, people who looked at carbon emissions of food production, and more.”

Held at a time when restrictions were still in place due to Covid-19, Abbie and Charlie hosted an online hackathon over a few days in June 2021. “It proved to be an effective way to work across career stages without demanding too much of people's time,” Charlie said. It was an opportunity for early career researchers to gain introductions to key people they hadn’t met before, while busy senior academics could dip in and out of the sessions, discussing their ideas and expertise live without having to write long documents or papers. “People really appreciated being brought together, with dedicated time to discuss these big ideas,” Charlie explained.

In fact, so many ideas were discussed, that the hackathon resulted in several sub-groups forming, each one taking forward a different idea or aspect of research.

The research project that Abbie and Charlie took forward is about the ingredients that go into the production of digestive biscuits and chocolate digestive biscuits, and how they are impacting the environments they are sourced from. “The four main crops that are used in biscuit production are wheat, sugar, palm oil and cocoa,” Abbie explained. “We’ve been looking specifically at where the UK sources these products from, and we’re exploring how those production areas overlap with the ranges of threatened species. The aim is to have some information to share with consumers about which specific species are being impacted in the regions we get our biscuit ingredients from.”

One aspect Abbie and Charlie have been investigating is the impact chocolate on digestive biscuits, which involves adding cocoa, which wouldn’t otherwise be on the ingredients list. Some of the top producers of cocoa are Ghana and Cote d'Ivoire, and there is some evidence that the areas where cocoa is grown overlaps with some of the most critically endangered monkeys in the world. “One of them is the Roloway monkey,” Abbie explained. “These monkeys have a role in the wider ecosystem, potentially as a seed disperser, and they are also culturally important in some areas. From what we’ve found so far, their ranges are very limited, and they are being put under pressure from habitat loss, which perhaps is unsurprising now we can see that their ranges overlap with where cocoa is being grown.”

Once this piece of research comes to a conclusion, Abbie and Charlie hope consumers will have a better understanding of the impact of their food choices. When the impacts of palm oil on orangutans in some regions were communicated publicly, many people boycotted certain ingredients and products. “It’s not that we expect everyone to suddenly put their biscuits in the bin,” Abbie said. “All of us in the project have admitted a huge love of biscuits! What we want to do is open a conversation about the sustainability of foods more generally, particularly the snacks that might be more of a luxury.”

Although they don’t know whether it will lead to a change in consumer behaviour, they are hopeful that it will make people more aware of the impact of their food choices. “I think we're definitely living in a time when people are becoming more aware of biodiversity and the impacts they have,” Charlie said. “We know we should fly less and we know we should eat less meat. So perhaps people are in a place where they're more likely to engage with these kinds of conversations.”

As post-doctoral researchers working on the projects of other academics, the UCL Global Engagement Funds gave Abbie and Charlie the opportunity to lead their own project for the first time, which included employing and managing a research assistant – Feli Pamatat, who is now a PhD student at the University of Aberdeen. “This funding initiative was absolutely brilliant because of its scope,” explained Abbie. “It's so rare to find cross-disciplinary funding streams that genuinely allow people from different career stages, countries and institutions to work together. Also allowing us to focus on specific foods rather than general cropland impacts was really beneficial. The project allowed me to lead, be creative and gain confidence as a scientist.”