Understanding how child migrants experience and give care 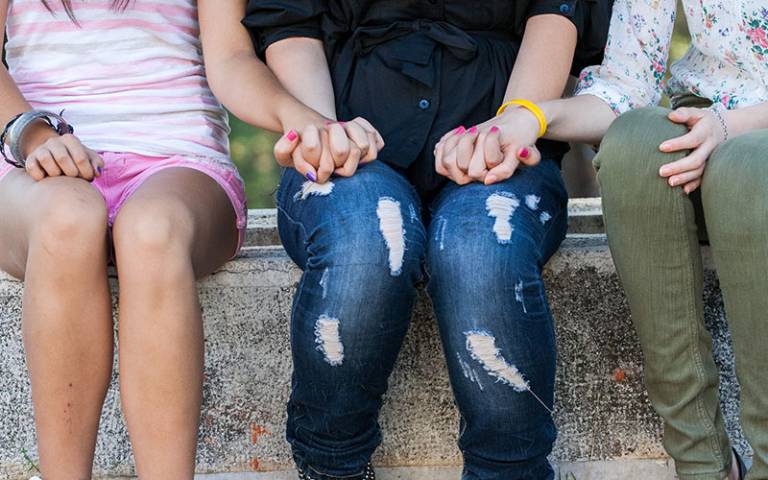 Dr Rachel Rosen, Associate Professor in the IOE, UCL's Faculty of Education and Society, and Professor Sarah Crafter (the Open University) are seeking to understand the issues faced by separated child migrants entering the UK to influence and improve the policies governing their care.

In a pilot, supported by UCL Global Engagement Funds (GEF), the two researchers travelled to an unofficial refugee camp in Calais to understand issues faced by these children and build essential relationships with charity groups.

After this successful trip, a further pilot, funded by the IOE, focused on the experiences of child migrants after they had arrived in the UK.

These pilots paved the way to the team securing a £1 million Economic and Social Research Council (ESRC) grant.

Now with papers, books and a string of public engagement and lobbying work in the pipeline, Dr Rosen explains her research and why the initial seed funding was so important.

The project sits against the backdrop of rising numbers of children who have been separated from primary carers during migration and conflicting state rhetoric: protecting children on the one hand, and immigration control on the other.

Despite extensive media coverage in 2015-2016 about the plight of the 568 known children living in unofficial refugee camp in Calais, France, 74% of whom were ‘unaccompanied minors’ according to a 2016 survey, little is known about their everyday realities.

“We met young people in Calais who had travelled across over up to nine borders without adults. Yet they’re not on their own – they develop networks of support and care with other young migrants and care for each other, pooling resources and spreading risks.

The children create new families with other young people, making emotional and practical connections which, in some cases, last several years.

Upon their arrival in the UK, most social workers aren’t aware of the care the children provide for each other and they are separated. Children are placed in care and often split up across the country: suffering loss and separation initially from their families, and then their families forged through migration.

Children would sometimes go missing from care to meet up with these other children which would put them in a vulnerable and precarious position.”

A pilot that informed how the research project developed

The first pilot was funded by the Global Engagement Office and enabled Drs Rosen and Crafter to travel to the unofficial refugee camp in Calais.

A valuable part of this trip was building a relationship with Liz Clegg, founder of an unofficial women and children’s centre in the camp.

Working with locally-based charities helped the researchers connect with young migrants, but also an understanding of the issues they faced and how to approach the research in an ethical manner which benefitted migrants themselves, not just the academic research.

This initial pilot enabled them to develop a research approach which works in partnership with migrant children. This participatory research method has been vital in developing the project.

Dr Rosen explains: “Often this kind of research happens with a research team coming in, getting the information they need and leaving. This can lead to a certain level of extraction or misrepresentation (despite what might be good intentions), which ultimately leads to an understandable mistrust from research participants.

We wanted to generate new knowledge that was beneficial academically, but also in terms of policy and social change for young people on the move. The only way to do this, we discovered once we were in the camp, was for the whole project to be driven by the needs, interests and perspectives of the young migrants themselves.”

The GEF-funded pilot led to the ESRC-funded project Children Caring on the Move (CCOM), now in its third year, and involves working with young migrants to train them as researchers, providing mentorship and support. The young researchers will help design the research methods, conduct research and disseminate it using creative methods.

A range of academic and public outputs

Alongside achieving further funding, the project has produced several papers and chapters:

Public engagement activity will be developed over the course of the ESRC grant with the young migrant researchers in the form of TED talks, arts-based methods and more. Dissemination will also include talks in schools, lobbying meetings, further articles and a conference.

“GEO funding is so germinal – it gives you something that blossoms,” says Dr Rosen. “You can see how so much has hinged on that initial, small investment – it really helped us get this whole project off the ground. Being able to have time in the Calais camp to understand the issues and build the vital relationships with charities like Liz Clegg’s was essential for the progression of our research.”