Mapping informal practices around the globe 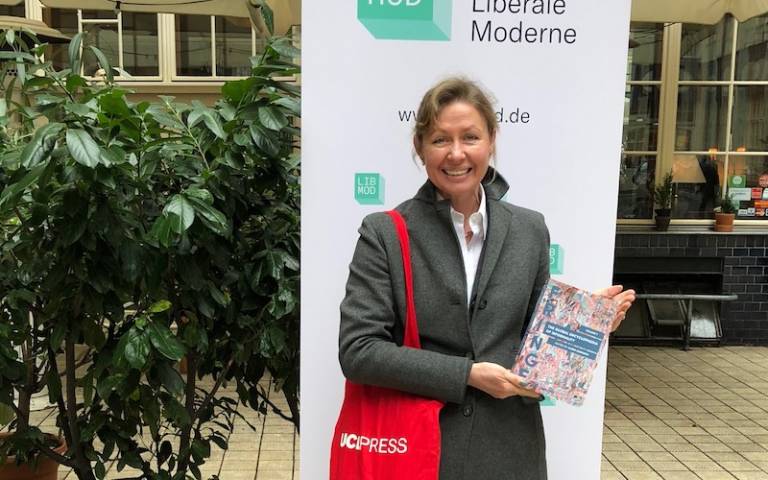 Every society has a series of unwritten rules and practices. These informal practices—which might include informal employment, exchanges of favours or various forms of control—are often difficult for outsiders to detect, but greatly influence the daily lives of those on the inside.

With support from Global Engagement Funds, Professor Alena Ledeneva of UCL’s School of Slavonic and East European Studies (SSEES) launched The Global Encyclopaedia of Informality, a collection of studies on informal practices and structures. The Encyclopaedia was published in two volumes and made freely available to download in 2018 by UCL Press, the university’s open access publisher. The books are part of SSEES's FRINGE series.

The Encyclopaedia is an extension of the Global Informality Project, a research project which launched in 2014 with funding from the European Commission 7th Framework Programme and Horizon 2020. In addition to the books, the research project collects studies in an online wiki, which is searchable by region, country, keyword and type of practice. So far, more than 250 scholars from 70 countries have submitted their work.

“I believe in network expertise for the study of social and cultural complexity,” said Professor Ledeneva. “There are matters that a single scholar simply cannot embrace. But with a collective effort, grasping elusive realities without losing subtleties of local contexts is possible”.

A society's informal practices, which can be thought of as “ways of getting things done,” influence the decisions, behaviours and rights of individuals in that society. These deeply-rooted practices can be driven by emotion, interest, power or identity.

Klüngel (network solidarity) in Germany, compadrazgo (system of reciprocity) in Chile, or blat (economy of favours) in Russia are examples of informal practices. Similarly, fostering informal ties with kumstvo or “godfathers” in Montenegro, Hyvä Veli or “dear brothers” in Finland, and Vetterliwirtschaft or “little cousins” in Switzerland can bring in a multitude of favours and open doors in business.

Just like family relations, these social ties not only enable but also limit individual decisions, behaviours and rights, as is revealed in the entries on janteloven (aversion to individuality) in Denmark, Norway and Sweden and on krugovaya poruka (joint responsibility) in Russia and across Europe.

Impact of the Global Informality Project

The Global Informality Project enables practices from all over the world to be compared and questions common assumptions about informality and its negative links to corruption, poverty and development, morality and oppressive regimes.

The main findings of the project so far are:

The Global Informality Project highlights the role of ambivalence and complexity in the workings of all human societies. It offers a catalogue of problem-solving patterns that provide insight to how these patterns can be integrated into policy regarding issues such as: corruption; mobility and migration; alternative and cyber currencies; and entrepreneurship and democracy, to name a few.

According to Professor Ledeneva, “It is evident that informal practices play a central part in the workings of formal institutions all over the world, not only in post-communist or transitional economies, but also in wealthy and developed countries.”

A growing network of scholars

UCL's Global Engagement Funds supported visits and the initial book launch, which brought together academics in countries including Sweden, Denmark, Germany, France, Croatia and the United States. A third volume of The Global Encyclopaedia of Informality is currently in production, which aims to cover the themes of gender, ethnicity, religion and mobility.

With an average of more than 3,000 users visiting the online wiki per month from countries such as the Philippines, India, Nigeria and Germany, and with more than 65,000 downloads of the books, the project has a truly global appeal.

Together, the growing global network of scholars contributing to the Global Informality Project have created a number of open calls and used research-led teaching to consolidate knowledge on the workings of informality across five continents.

“In the future we aim to reach out to all corners of the globe, open up to crowdsourcing for collecting open secrets, and explore possibilities of translated versions in Chinese and Spanish,” said Professor Ledeneva. “ We have a partnership with UCL Digital Humanities and plan to work on achieving these goals with help of student volunteers.”