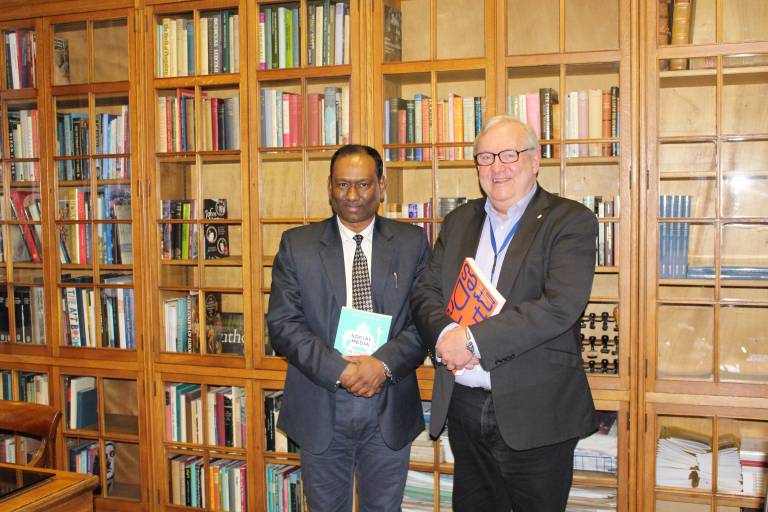 Together they discussed how IIT-D might be able to make strides in terms of Open Access and Open Science, using UCL’s pioneering work in this area as a potential model.

Open Access means making research publications freely available online. It ensures that research reaches the widest possible audience, and that it can be used and shared easily. Open Science (otherwise known as Open Research and Open Scholarship), is a new cross-domain approach to creating, sharing, evaluating, rewarding and curating research and education outputs.

UCL has been promoting both Open Access and an Open Science for over five years, as part of a fast-changing research landscape where sharing and collaboration are key. Paul, who co-chairs the League of European Research Universities (LERU) INFO community, has taken a leading role in bringing both Open Access and Open Science into both UCL and the wider academic community.

UCL Press is UCL’s flagship Open Access press, established in 2015 as the UK’s first fully Open Access press. It publishes over forty Open Access books a year in addition to eight academic journals, and its books have been accessed more than 1.99 million times by readers across the world. India accounts for the third highest number of downloads of UCL Press material, after the UK and the US.

Almost a year prior to Nabi's visit, in February 2019, a UCL delegation visited IIT-D. There they discussed how to run libraries more efficiently and easily – which was the beginning of the conversation between the two universities.

Following the visit, Nabi wanted to learn more about how IIT-D - which publishes a large volume of papers through subscription-based journals - might benefit from Open Access publishing in terms of greater visibility, and greater impact on the global community. 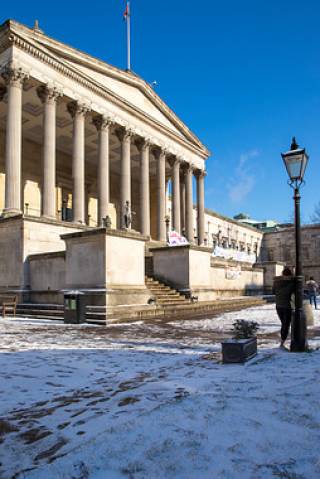 Currently, IIT-D is moving towards open access with the help of UCL. Nabi is aware that it can be tricky to instantiate this change, with worries about it including, for example, some Open Access journals not being as established as subscription journals, and the possibility of intellectual theft, especially for commercial use.

However, as Paul says: “Cultural change is always difficult, and Open Science and Open Access are a challenge to the prevailing model in every way. There is extensive proof of the global positive impact of Open Access and Open Science, and democratic access to knowledge offers great potential for innovation."

Paul and Nabi could work together on Open Access in a variety of exciting ways. First, Nabi could encourage IIT-D researchers to publish with UCL Press; secondly, IIT-D could set up its own Open Access press that UCL could help run with them.