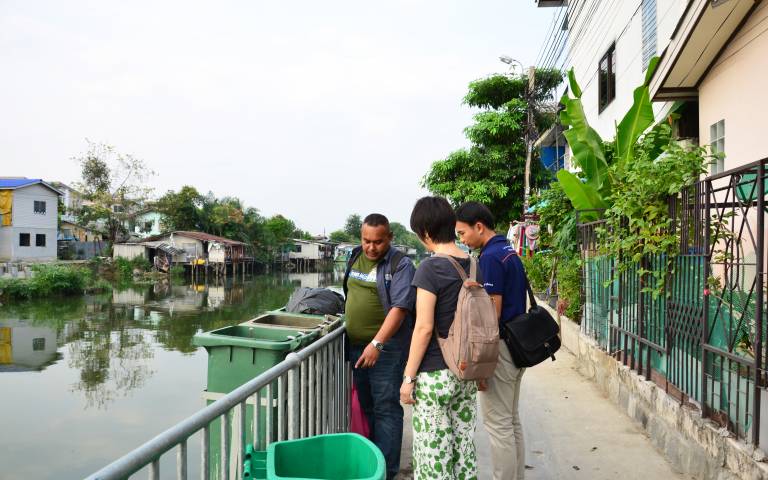 In 2016, I visited rural communities in Japan that were predicted to be hit by a mega earthquake and tsunami in the near future, thanks to support from the UCL Global Engagement Funds (GEF). While I was there, I undertook theoretical work and empirical studies – but I wanted to extend my research to other Asian countries.

It’s because of this that in December of 2018, I decided to visit Thailand to conduct research on community-based disaster risk reduction (DRR) in Bangkok, with support from another UCL GEF grant.

I chose Thailand for a number of reasons: firstly, my collaborator Dr Tanwattana (from Chulalongkorn University) and I share a common interest, namely participatory community-based DRR. Secondly, I hope to develop collaborative research with her in the future. Lastly, the findings of this study will be used in my new lectures.

The Sendai Framework for DRR, which is the international strategy endorsed by the United Nations Office for disaster risk reduction, says that engagement from ‘all of society’ is necessary for effective DRR – an approach that incorporates both state and community initiatives.

‘Education’ is stressed as an overarching agenda, but not many educationalists are involved in this discussion, which is why I’m researching pedagogical perspectives in DRR that emphasise the learning and engagement process of DRR activities.

I hoped that this GEF-project would be the impetus for a partnership with Dr Tanwattana, her team and Chulalongkorn University. I realised we had a common interest when I read her paper in the International Journal of DRR, so I emailed her, and we exchanged thoughts. 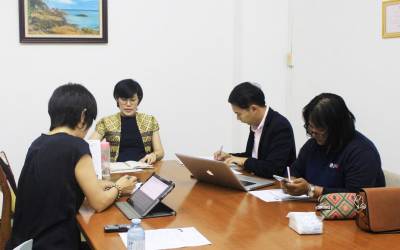 Her having studied in Japan and me being Japanese probably helped to develop our relationship, and my project went on to receive full support and assistance from Dr Tanwattana and her two students, Atcha Waitayachewa and Thawatchai Palakhamarn.

Thanks to them, I was able to complete my fieldwork in Bangkok last year within a relatively short time frame. We also explored the possibilities of some collaborative research, which will look at communities in different parts of Thailand, and discussions are ongoing.

The fieldwork turned out to be a collaborative learning opportunity for Dr Tanwattana, her students and myself.

Some of the findings were new to them as they had not necessarily interviewed the stakeholders I interviewed. I was pleased they also gained new knowledge through helping my fieldwork.

A new angle on community-based DRR

Both the fieldwork and discussions have given me the precious experience of understanding community-based DRR from another angle. Unlike Japan, the structure and policy of DRR is relatively new in Thailand.

The notion of ‘community-based’ DRR only started spreading after the Great Flood of 2011. The provision of DRR education is limited in both formal and informal settings.

Having said that, there is a strong presence of ‘donors’, who are offering expertise and tools of DRR to communities, as well as to the government. This has an implication for ‘community-based’ DRR, and I am interested to explore this point in a paper.