UCL professors Nick Greene and Andrew Copp have teamed up with colleagues at Peking University (PKU) to help prevent one of world’s most common birth defects. 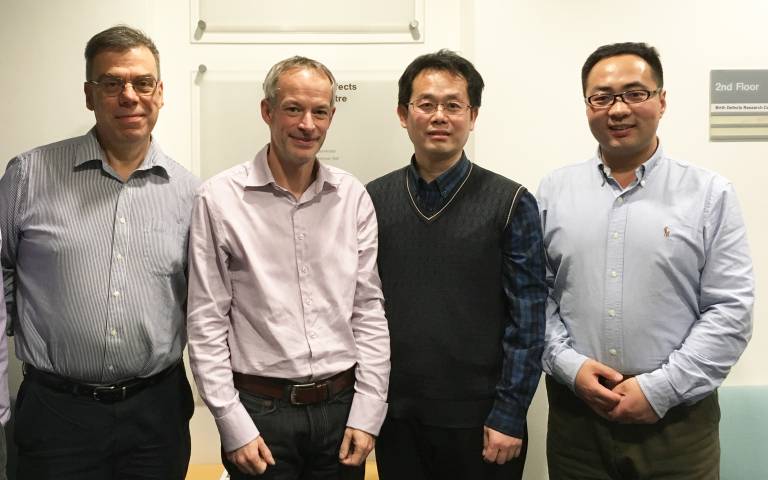 *Update 9/3/2020: Professor Nick Greene received around £300,000 from the Joint Global Health Trials scheme, which is funded by the Department for International Development, the Medical Research Council, the National Institute for Health Research and Wellcome Trust. Prof Greene is the principal investigator with co-applicants from UCL GOS Institute of Child Health, UCL Comprehensive Clinical Trials Unit and Peking University. The team also obtained funding from Bo Hjelt Foundation, which will go towards supporting a two-year development trial in Shanxi Province, China as a precursor to a larger study. The development trial is intended to start on 1 April 2020.

UCL has teamed up with Peking University (PKU) in a bid to prevent tens of thousands of babies suffering from spina bifida, one of the world’s most common birth defects.

Researchers at UCL’s Great Ormond Street Institute of Child Health and Comprehensive Clinical Trials Unit are proposing a £5m study of up to 9,000 women in China to confirm initial findings that a vitamin common in fruit, vegetables, meat and nuts could prevent neural tube defects (NTDs) such as spina bifida.

“If successful, it’s a global treatment that could be rolled out and prevent thousands of pregnancies being affected by spina bifida,” said Professor Nick Greene, who is leading the UCL team. 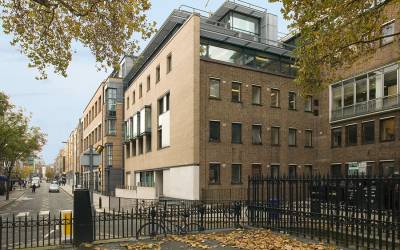 Worldwide, it is estimated that around one in every 1,000 pregnancies are affected by NTDs, with more than 260,000 babies born every year with spina bifida, a severely disabling malformation of the spinal cord.

Women are advised to take supplemental folic acid before and during early pregnancy to reduce the risk of an affected pregnancy. A number of countries, including the USA, Canada and Australia, have also introduced mandatory fortification of food with folic acid and seen a reduction in NTD prevalence.

Nevertheless, some babies still develop spina bifida despite folic acid supplementation or fortification. For example, there are still between 700 and 900 pregnancies affected by neural tube defects each year in the UK.

Research by the UCL team focussed on identifying possible ways to prevent ‘folic acid resistant’ spina bifida. Leading on from their laboratory-based studies on inositol (vitamin B8), they carried out a pilot clinical trial in the UK, among women who had previously experienced one or more affected pregnancies and were therefore at high risk of recurrence. In their next pregnancy, women were randomly given either folic acid and a placebo or folic acid and inositol.

None of the babies born to women who took inositol had spina bifida, but it did occur in some pregnancies where only folic acid was taken. Published in 2016, the findings of this first randomised trial of inositol for prevention of spina bifida indicated the need for a large-scale ‘fully powered’ clinical trial. 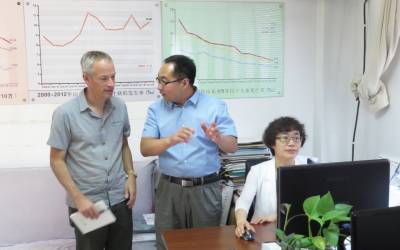 Now Professor Greene and his colleagues hope, with their collaborators at PKU, to use China’s unparalleled database of information on birth defect occurrence to mount a large-scale study to establish whether inositol will work as an effective global treatment to prevent spina bifida, alongside folic acid.

The prevalence of spina bifida in Northern China, where the study will be carried out, is among the highest in the world.

Because of China’s systematic collection of data, the team will be able to find the necessary 9,000 women who have previously suffered a spina bifida pregnancy and are planning another pregnancy so that they can be given inositol.

“Together with its large population, China has a very comprehensive coverage of pregnancy outcomes, which means it is one of the few places that this trial would be possible,” said Professor Greene.

A bid to fund the clinical trial is currently being considered.*