Music on the Brink of Destruction 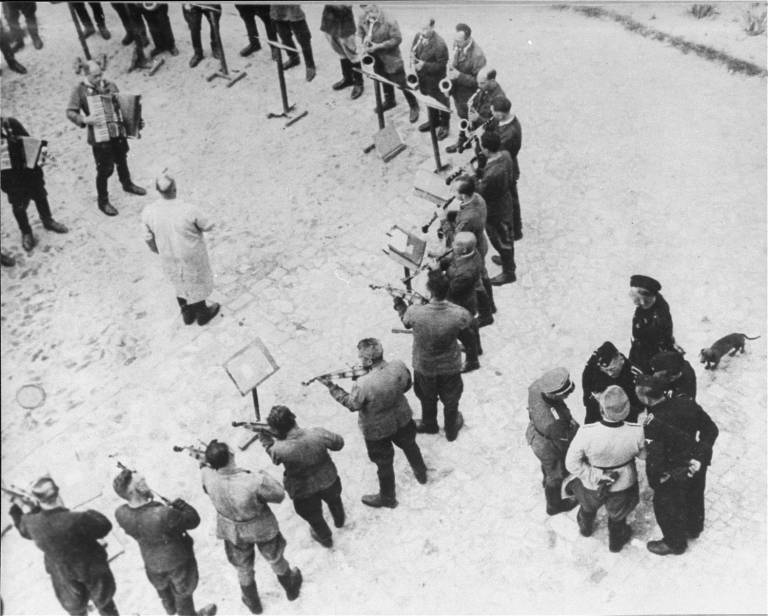 In a special lecture for Holocaust Memorial Day 2022, Professor Shirli Gilbert explores the role of music in the Nazi ghettos and camps.

Book your place
About the lecture:
An extraordinary range of musical activities, both forced and voluntary, took place in the Nazi ghettos and camps, from the earliest internment centres established in 1933 until the liberation in 1945. The musical works created there by prisoners are extraordinary documents from the time. In this talk, Professor Shirli Gilbert will present original songs from this period, including some rare post-war recordings. The songs offer rich insight into victims’ experiences, conveying the uncertain and shifting perspectives of prisoner communities as they made sense of lived reality.

Professor Shirli Gilbert is a specialist in modern Jewish history, with particular interest in the Holocaust and its legacies, modern Jewish identity, and Jews in South Africa in UCL’s Department of Hebrew and Jewish Studies. She holds a D. Phil in Modern History from the University of Oxford and was a Postdoctoral Fellow in the Society of Fellows at the University of Michigan. Before coming to UCL, she was Karten Professor of Modern History and Director of the Parkes Institute for Jewish/non-Jewish Relations at the University of Southampton. Her book Music in the Holocaust examining the role of music in the Nazi ghettos and camps was a finalist for the National Jewish Book Award and the basis for a large-scale educational website, as well as a documentary on BBC Radio3 and concerts at London’s Wigmore Hall and the Hampstead Arts festival.