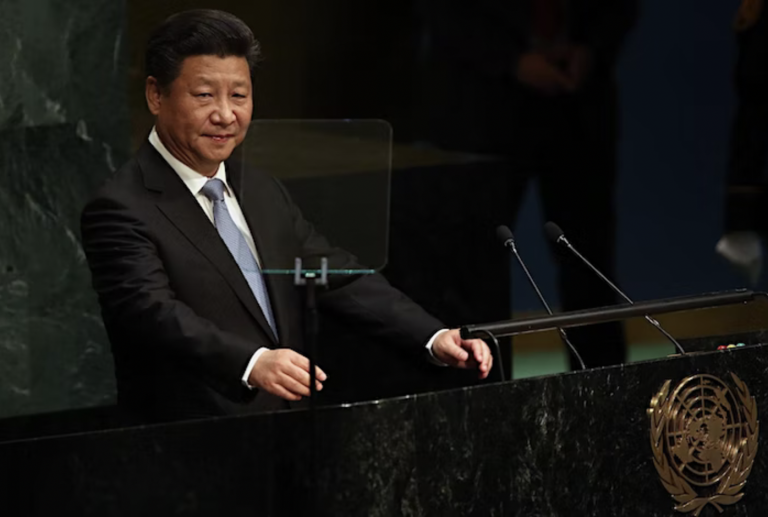 Core concepts of international relations, such as cooperation, democracy, human rights or multilateralism, can be found equally in European and Chinese discourses. Yet the same words often conceal very different concepts in Europe and China. What does Xi Jinping mean when he talks about the rule of law? How does the Chinese leadership define multilateralism? And what is meant by “a community of shared future for mankind”?

Chinese ideas are increasingly making their way into UN documents, where international norms and principles such as the rule of law, human rights and democracy are imbued with new meaning and “Chinese characteristics”. This conceptual (re-)framing is the outcome of coordinated initiatives by the Chinese leadership to develop China’s own discursive system and to build its discursive power, to “tell China’s story well,” and to “create a favourable climate of international public opinion”.

Marina Rudyak will discuss China’s international discourse power and how seemingly the same concepts are understood differently in China and Europe. She is a co-creator of the “Decoding China Dictionary”, which was developed with the aim of providing policy-makers and practitioners with a simple and practical tool to help them decipher the official Chinese narrative.

Marina Rudyak is currently an interim professor for Chinese Society and Economy at the University of Goettingen and interim professor for Chinese Politics at Goethe Frankfurt University. Her research focuses on China’s international development cooperation and the Chinese foreign policy discourse. Previously, she was a policy advisor with the German Agency for International Cooperation (GIZ) in Beijing. She studied Chinese Studies and Public Law in Heidelberg and Shanghai and holds a Dr. phil. and an M.A. in Chinese Studies from Heidelberg University.