The diverse research aims and profile of EISPS reflect the multidisciplinary conception of its degree programmes.

EISPS staff carry out research in different fields of Philosophy, History, the History of Political Thought, International Relations, Political Theory, Law, Political Economy and Political Science. Most academics of EISPS combine research into a variety of European questions with a wider set of questions in their own disciplines. Some staff concentrate largely on European subjects and some focus on other regions of the world.

In the last Research Excellence Framework (REF) in 2014, their research was rated as world-leading, as part of the submissions of the Departments of Political Science, Philosophy, Law, History and the School of European Languages, Cultures and Society. UCL researchers received a ‘grade point average’ of 3.22 (out of 4) and submitted over 2,500 staff to be assessed in REF2014, giving UCL an overall research power greater than both the University of Oxford and the University of Cambridge.

EISPS researchers have been involved in several major funded research projects and activities, including AHRC awards on the revolutions of 1848 and on the violence of war and an ESRC grant which explored the state-building and the legacies of violence in the de facto states of the post-Soviet world.
Staff in EISPS have held visiting professorships and fellowships throughout the world; at the universities of Paris, Brussels, Rome, Seoul, Hong Kong and Berlin, as well as at the Institute for Advanced Study at Princeton, the Royal Flemish Academy of Belgium and the Institute for Advanced Studies at the Central European University in Budapest.

The range of research currently being carried out by EISPS staff is exceptionally broad. It includes projects on citizenship, religion and laïcité; socialist parties and social movements; France and the European Union; inter-ethnic attitudes and legitimacy in conflict-ridden and post-war societies in Bosnia, Russia’s North Caucasus region and post-Soviet de facto states; decentralization and intrastate struggles in Chechnya, Punjab and Québec; regionalism; contacts between Scandinavia and the Baltic states; comparative political economy in the spheres of education and welfare politics; political psychology and methodology; history and causality; nationalism, transnationalism and globalization; military and political violence in nineteenth and twentieth-century Germany; the First World War; contemporary ideas of Europe; war, the state and international law in the early modern era; trust in international relations (Hobbes, Grotius, Thomasius, Pufendorf); conceptions of sovereignty and theories of natural law; aesthetics and the philosophy of theatre; Nietzsche and Schopenhauer; classical political philosophy (Plato); political legitimacy; applied problems of global governance; EU and Chinese law. 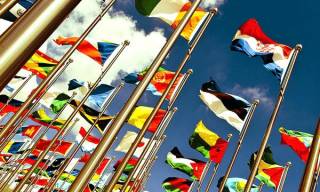 Staff have discussed their research on UK and foreign media, including CBC’s Sunday Edition; ABC’s The Philosopher’s Zone; interviews about British and French politics for ITN; political blogs; articles in Le Monde and the Guardian. They have given public lectures and taken part in roundtable discussions on a variety of topics in the United Kingdom and throughout the world.