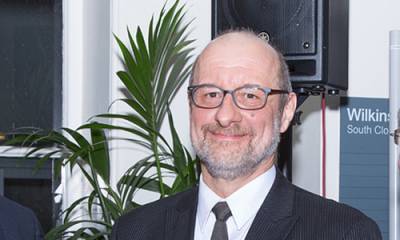 Jan Kubik works on the interplay between power (politics) and culture, protest politics and social movements, and post-communist transformations. He also writes about qualitative methods in the social sciences. His first and one of the most recent books, The Power of Symbols against the Symbols of Power (Penn State Press) and Anthropology and Political Science (Berghahn, with Myron Aronoff) are the best exemplifications of his approach. In another recent project, co-organized with Amy Linch and sponsored by the Social Science Research Council in New York, a team of top experts took a critical look at the field of post-communist studies: Postcommunism from Within: Social Justice, Mobilization, and Hegemony (NYU Press). Kubik studies politics and culture comparatively, but the principal source of his observations and data are Poland and East Central Europe.

Kubik's work on the relationship between culture and politics finds the most recent expression in another collaborative research project: Twenty Years After Communism: The Politics of Memory and Commemoration (Oxford University Press). Kubik and Michael Bernhard (University of Florida) developed an original analytical frame, proposed a theory of the politics of memory, and led a team of exceptional scholars to investigate the politics of commemorations in 17 post-communist countries. They are studying the way 1989 is collectively remembered, how this remembering is politicized, and how it influences the course of democratic consolidation.

During the last few years Kubik has returned to his earlier interest in the philosophy and methodology of the social sciences (particularly interpretive and ethnographic approaches and cross-disciplinarity) and contributed to this area through teaching, writing, and participation in conferences and workshops.

At the moment he is completing a large empirical project entitled "Strategies of collective protest in democratizing societies." It has been conceived, planned, and organized mostly by Kubik and Grzegorz Ekiert (Harvard). The main product of its first stage was: Rebellious Civil Society. Popular Protest and Democratic Consolidation in Poland, 1989-1993 (University of Michigan Press). The book has been broadly reviewed and won two awards: (1) The American Association for the Advancement of Slavic Studies/Orbis Polish Book Prize, awarded to the best English language book in any discipline (2000) and (2) the Bronisław Malinowski Social Sciences Award, awarded by Polish Institute of Arts and Sciences of America (2001). Since 2004, Kubik has been a co-PI of the project's second and final phase entitled: The Logic of Civil Society: Contentious Politics in New Democracies: Poland, Hungary, South Korea and Taiwan, 1987-2011.

After studying sociology and philosophy at the Jagiellonian University in Kraków, Poland, and several years of teaching in the Department of Sociology there, Kubik earned a doctoral degree in anthropology from Columbia University (with distinction). For over twenty years he taught in the Department of Political Science at Rutgers University, where he once served as a chair. He has lectured around the world and has held several prestigious teaching posts and fellowships, including the Graduate School of Social Sciences, Polish Academy of Sciences.