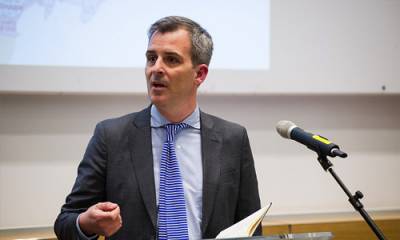 Tim's research operates on the borders of literature, philosophy and political theory and deals with European culture broadly, especially French, German, Russian, and Czech and Slovak. Tim has a wide range of research interests (masks, evil, silence, for example) and is currently finishing a book on risk, narcissism and literary games that get out of hand.

In addition, he has published articles and book chapters on, inter alia: the political philosophy of revolution with particular reference to 1989, psychoanalytic and post-colonial approaches to Habsburg culture, a variety of topics in Czech and Slovak literature, and children's literature.

He is also working on a larger project that examines the relation between silence and speech with reference to Thucydides, Hobbes, Schmitt, Arendt, Heidegger, Bakhtin, Serres and others.