In this Talking Europe podcast, a contribution to Black History Month 2021, the historian Jeff Bowersox takes us to Central Europe around 1900, where the response to the arrival of Black American entertainers both confirmed and disrupted ideas of race and culture. 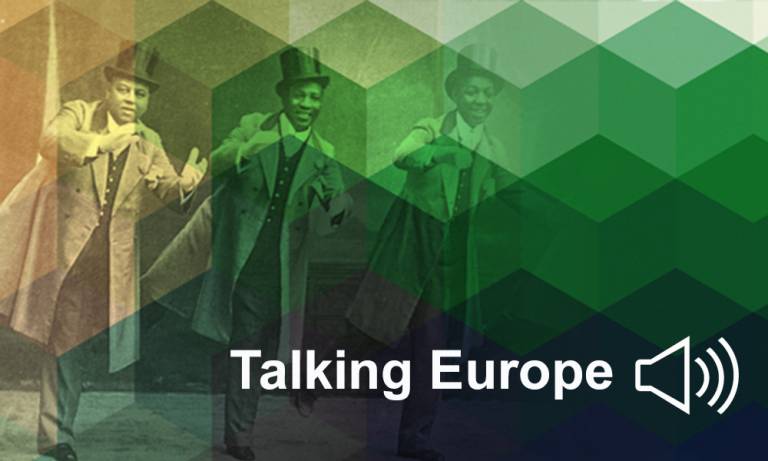 In this episode of our Talking Europe series, we explore the arrival of African American entertainers in Central Europe at the turn of the 20th century - prior to the high modernist forms of American entertainment, including jazz.

In conversation with the UCL European Institute's Uta Staiger, the historian of modern Germany, Jeff Bowersox (UCL SELCS), talks us through popular forms of Black music and dance at the time, including minstrelsy, spirituals and the cakewalk, and tells us how particular touring companies and artists fared.

The conversation also touches on how the shows' productions and reception were informed - and shaped - then prevalent ideas of popular vs folk culture, nationhood and modernity.

The ambivalent responses of German-speaking audiences and critics, problematically racialising as well as appreciative tell us a great deal about the way Central Europeans saw themselves in a rapidly and radically changing global order.