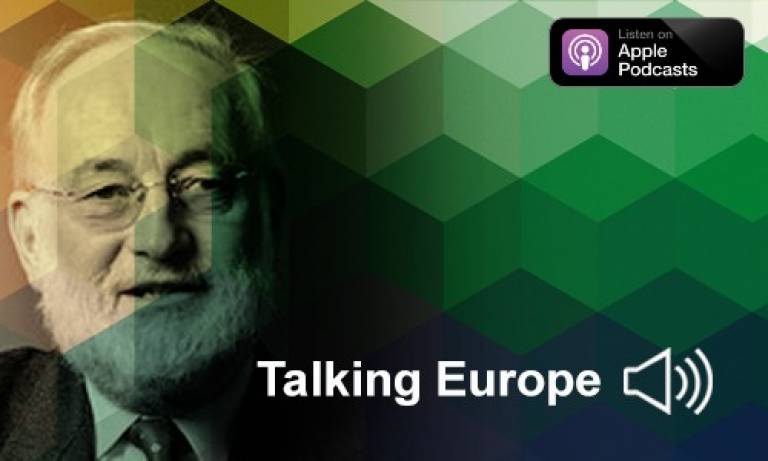 Professor Michael Shackleton is Special Professor in European Institutions at the University of Maastricht, Former Head of the European Parliament Information Office in the UK, and a member of the UCL European Institute's Advisory Board.

In this episode of "Talking Europe," we discuss Michael's latest project, "Collecting Memories: The European Parliament 1979 to 2019." This is an oral archive of stories and memories from former Members of the Parliament, comprised of nearly 100 publicly available interviews and a book titled "Shaping Parliamentary Democracy."

In conversation with EI digital editor Avery Anapol, Michael discusses his experience working on this project with co-editor Alfredo De Feo, and three other former European Parliament civil servants (Francis Jacobs, Gerard Laprat and Dietmar Nickel) and his thoughts about the role of the Parliament in our changing world.

The 'Collecting memories' interviews are available on the website of the Historical Archives of the European Union.

'Shaping Parliamentary Democracy' is available as an ebook or hardcover from Palgrave.