Northern Ireland, the Backstop and No Deal 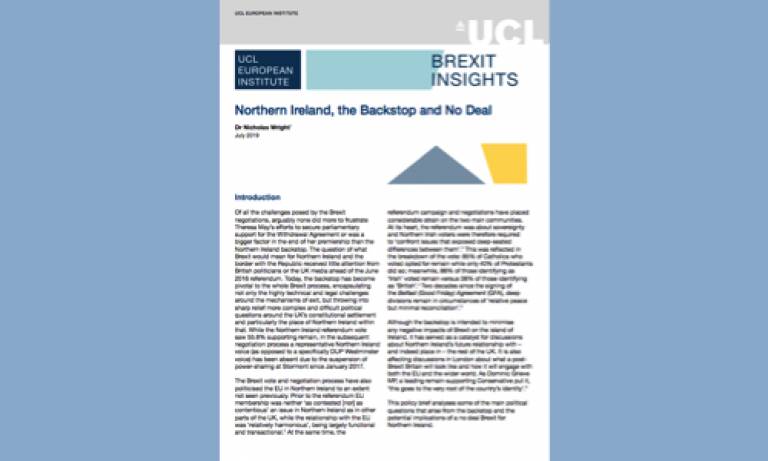 Northern Ireland, the Backstop and No Deal

Of all the challenges posed by Brexit, arguably none did more to frustrate Theresa May’s efforts to secure parliamentary support for the Withdrawal Agreement than the Northern Ireland backstop. The question of what Brexit would mean for Northern Ireland and the border with the Republic received minimal attention ahead of the June 2016 referendum. Today, the backstop has become pivotal to the whole Brexit process, encapsulating not only the highly technical and legal challenges of Brexit, but throwing into sharp relief more complex and difficult political questions around the UK’s constitutional settlement and particularly the place of Northern Ireland within that. While the Northern Ireland referendum vote saw 55.8% supporting remain, in the subsequent negotiation process a representative Northern Ireland voice (as opposed to a specifically DUP Westminster voice) has been absent due to the suspension of power-sharing at Stormont since January 2017.

This Brexit Insights paper focuses on the politics of Brexit and Northern Ireland. It asks:

This is a UCL European Institute Brexit Insights Paper. 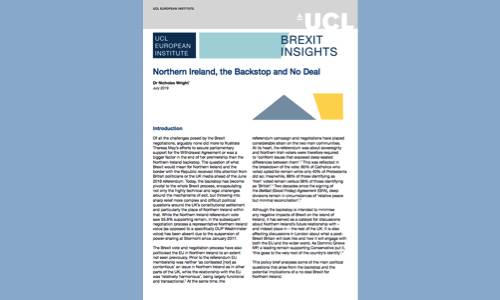