Professor Paul Ekins, Director of the UCL Institute for Sustainable Resources, discusses the future of fisheries after Brexit, drawing on a recent panel discussion held at UCL. 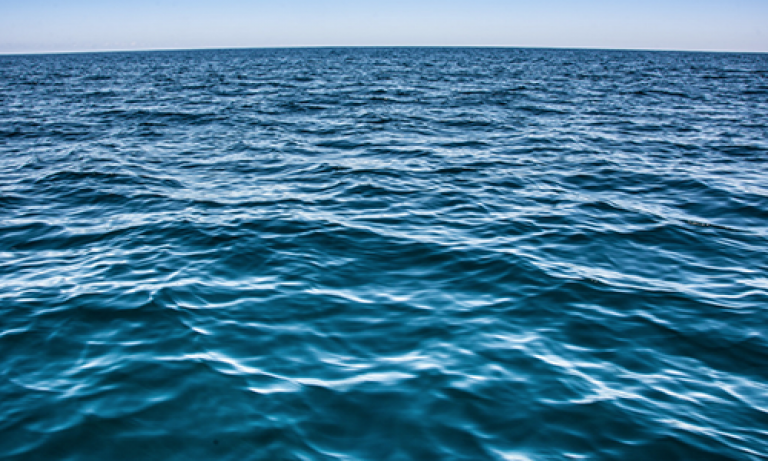 What do you get when you mix up the arguments of a marine lawyer, an environmentalist, a legal researcher, a marine scientist and a Brexit fisherman, moderated by a Guardian journalist and vigorously stirred by public discussion? A fascinating but inconclusive clash of narratives of UK fishing after the UK leaves the European Union (EU).

At one end of the spectrum is the vision of a newly-sovereign Britain exercising absolute control over its coastal waters out to the limit of its Exclusive Economic Zone, as a result of which the UK fishing industry rebounds back to a £6 billion-plus industry, and the would-be marauding fleets of other European countries are kept out by the Royal Navy if necessary. At the other is a multi-nation agreement between the UK and the EU-27 on mutual access to each other's waters, which seeks a fair allocation of marine benefits, and tariff-free trade in sea products. Below the surface is the inconvenient behaviour of fish, which refuse to recognise territories or borders, and swim where they will, like migrants in search of the good life.

The arguments brought to light some interesting, but little known, facts. One was that, in respect of fish, 'the UK exports what it catches, and imports what it eats', as a result of which the UK's fish processing industry is currently worth considerably more than its fishing industry. Another was the ambiguity of fishing 'quotas', which meant both the division among Member States of the EU's Total Allowable Catch (TAC), and the subsequent allocation of the Member States' quota to its fishing industry. The discussion never got to the bottom of how this latter allocation had worked out over the years, although it seems to have led to a concentration of the fishing quota within the industry and, perhaps, the sale of some of it to the fleets of other countries. With the flagging and re-flagging of boats from different nations, it is clear that things are not always quite what they seem.

A striking insight that emerged during the discussion was from new research that suggested that all parties and interests related to UK fishing now put the sustainability of fish stocks as their number one priority. If this is true, rather than respondents simply giving what they think is the politically correct response, then it represents a remarkable change from the 1990s and early 2000s. In those years I clearly remember the Ministerial Councils each December, at which the European Commission would put forward its suggested TAC, based on the recommendations of its scientists, only for this TAC to be dramatically increased by the Member State Ministers, under pressure from the fishing industries back home.  When the UK Minister returned from these meetings, the sole criterion of success was the extent to which the UK's quota had been increased through this unseemly and unscientific negotiation. Not surprisingly, fish stocks in EU waters experienced a pretty consistent decline through these years. And the EU was roundly blamed by practically everyone both for this decline and for no country having got the level of allowable catch to which its fishing industry felt it was entitled, with practically no-one pointing out the logical inconsistency of this twin argument (or the fact that it was actually the Member State Ministers that had taken the objectionable decisions in the first place).

There seems to be a consensus now that fish stocks have recovered somewhat, presumably as a result of the reduction in the fishing fleets of Member States, including the UK's, although there is no suggestion that the stocks are yet at 'sustainable' levels. In any case these ungovernably mobile fish are reacting to warmer seas as a result of climate change by migrating to different waters altogether, so it is not at all clear what the term 'sustainable' stocks actually means. And while there is broad agreement that trying to manage fish stocks through annual quotas for individual species is a blunt approach at best, it is not at all clear what the preferred 'ecosystem approach' - of managing the stocks, and the fishing industry, in some kind of holistic fashion - would actually mean in practice.

So how will all this end? Like everything else to do with Brexit at the moment, no-one knows. My preference and prediction is that we will end up closer to the end of the spectrum that envisages mutual agreement between the UK and the EU-27. I am doubtful that the alternative of UK sovereignty over its waters will lead to a golden era of sustainable fish stocks as a newly rampant fishing industry pursues its revival; and I think it would not be long before Scotland, and perhaps Wales and Northern Ireland began to lay claim to 'their' fish in 'their' waters in the same way that the UK is now making sovereignty demands on the rest of the EU. But then, like most predictions in relation to Brexit, it is very likely that mine too will be wrong. A more certain bet would be on a bumpy voyage ahead.

The discussion referred to in Professor Ekins' blog took place at UCL on Thursday 29th June 2017 from 6.30-8.00pm. Titled 'Ocean's Brexit', the event consisted of a panel discussion moderated by the Guardian's Environment Editor, Damian Carrington, with the following participants: