Eva Hoffman asks what propels individuals to turn to extremist movements and argues that we need to build a ‘culture of democracy’ with shared norms and ethics. 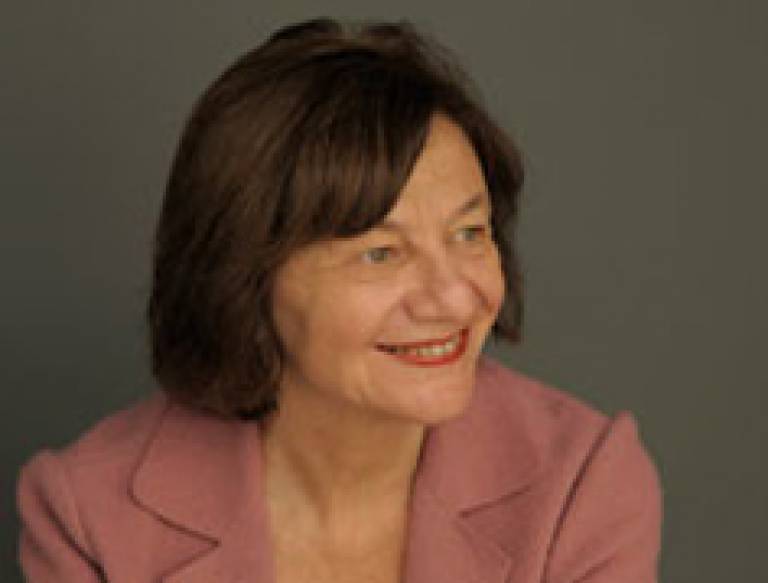 Among all the disturbing developments accompanying the rise of ISIS and its terrible progress, the phenomenon of European jihadis joining that movement’s ranks – and in some cases becoming suicide-bombers or taking part in the beheadings of hostages –is, to many Western observers, the most chillingly perplexing. Why do hundreds of Muslims, many of them educated and from comfortable backgrounds, decide to leave the politically temperate zones of Western democracies and join a movement of such barbaric brutality? What makes these young men and women so susceptible to the extremist Islamist message?

It was Sigmund Freud, as he watched the rise of Nazi extremism in the 1930s, who gave us some of the early and still salient speculations about the dangerous appeal of authoritarian leaders, and of subsuming one’s own personality within a larger ideology and group. And it was one of his disciples, Erich Fromm, who, after having left Germany after the Nazis took power, wrote his cautionary book, “Escape From Freedom” (also known as “Fear of Freedom”). Both thinkers understood that freedom is a psychologically difficult condition; and that the urge to escape its demands—by adopting rigid forms of conformity or equally rigid beliefs—is especially compelling for those whose sense of autonomous identity and capacity to think independently is not very strong or fully developed.

The contemporary democracies from which the jihadis defect offer an unprecedented degree of freedom. It is hard to think of another form of nation, or state or political and social organisation which has required so little allegiance from its members, or has proposed so few shared norms, templates of character or guidelines for behaviour. On each and every level of existence – from morals to manners, sexuality to family patterns, career to religious belief – we are free to choose exactly what suits us, and do pretty much as we like.

This may seem like a highly desirable state of affairs, conducive to the cultivation of the good life and individual preference. But in the last few decades, Western democracies have been undergoing a marked identity crisis, manifesting itself in the unwillingness to articulate organising ethical principles, or project democratic values on the international stage; and internally, in the widespread disengagement from the political system and the growing sense of radical disaffection, especially among the young; and in the widespread increase of psychological dysfunctions, ranging from anorexia to obesity, ADHD to widespread depression, all of which have led to a massive increase in the consumption of psychoactive drugs.

Such symptoms and syndromes cannot be understood in purely economic terms (the governing form of analysis), if only because they are as prevalent among the relatively secure sectors of advanced societies as among the economically deprived. It is possible, however, that the ethos of unhampered freedom and permissive tolerance prevailing in contemporary democracies does not provide a sufficient scaffolding for the construction of a stable self, or an identity strong enough to cope with the demands and pressures of constant, individual choice. In today’s open, multicultural societies, the need to make decisions extends to every domain of experience, from the banal and concrete (what consumer goods to choose) to the most essential and existential: how to direct one’s life, how to achieve well-being, where to find sources of purpose or meaning. But, without shared cultural norms or ethical criteria, what are such choices to be based on? How can we distinguish between what is good or bad, right or wrong, serious or spurious?

Our identities are developed in relation to others, and through the incorporation of cultural assumptions, ideas and aspirations which structure our perceptions of the world and give us a means of psychological and moral orientation. Without shared frameworks of meaning or forms of solidarity, we risk the loss of social cohesion and internal fragmentation. In Western democracies, the lack of such frameworks or a common cause has led to widespread disorientation, disaffiliation and often desperate quests for containing structures of belief and belonging.

In that sense, the Western Islamists are an extreme manifestation of a much wider phenomenon. The ruthlessly rigid ideology of ISIS reprieves its followers from the disorienting burdens of choice, or autonomous thought. In Fromm’s still relevant terms, the flight into the embrace of that virulent movement is also a flight from freedom and its discontents. Some of the statements made by the jihadis make the connection explicitly: “The cure for depression is jihad,” one ISIS video made by a Western recruit declares. “Feel the honour we are feeling, feel the happiness we are feeling.” Another one simply states, “No to democracy.”

The weakness of contemporary democracies creates the conditions for radicalisation; and the Islamist movements have known how to take advantage of this very well. In order to oppose the seductions of extremism, it is insufficient to plead with fundamentalist imams in European mosques to stop indoctrinating young Muslim men, or to offer de-propagandising programmes for returning jihadis – necessary though such measures may be in the short run. Rather, initiation into Islamist ideology needs to be countered by a much deeper initiation into the culture of democracy – as well as its demands. Such initiation cannot be accomplished through mere sloganeering; rather, it needs to involve a shared understanding of the humane values which ideally should underlie democratic societies. One could do worse than teach philosophy – especially ethics – in our schools, and to ponder, for example, what justice is, what being ‘free' actually mean, how to understand ourselves and others or to choose goals which are worthwhile.

The cultures of democratic individualism arose partly as a reaction against terrible political and religious repression. Today, they once again need to be strengthened and reaffirmed. It is only through a shared sense of purpose and increased conviction that democratic societies can oppose the charisma of fanatical causes and leaders, and address the widespread disaffection and disengagement, of which the ISIS jihadis are the most disturbing and dangerous symptom.

Eva Hoffman, the author of Lost in Translation and After Such Knowledge, is a former editor of The New York Times. She is a Visiting Professor at the UCL European Institute.