Still the Europe of Milward? 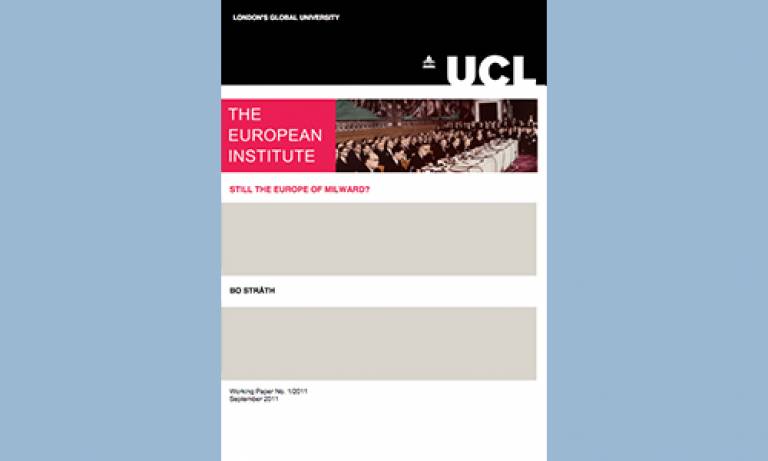 Launching a new series of discussion and working papers in 2011-12, the European Institute has commissioned a first range of article-length research papers from UCL and external scholars specialising on Europe and the European Union.

Often, these will have grown out of, or provided input into, public panel discussions and workshops organised by the Institute. Our first commission was written on the occasion of an EI-organised workshop and public panel discussion in March 2011, which combined both historical and present-day perspectives on how the European Union and its relationship to the nation-state is evolving. The event took its point of departure from the work of the late Alan Milward, formerly the "official" historian of British policy toward the EU and one of the most influential historians of European integration.

Outline of the Paper

This working paper argues for a new historical understanding of the European integration process. This might seem astonishing. Why should we care about the past? History is just for the records and of concern only to a few specialists. The focus must be on the present problems and future prospects of the European Union. Politics is about the future and not about the past.

The argument of the working paper is that such mainstream views are part of the problems of today’s EU. We cannot plan for the future without a clear and realistic understanding of where we come from and how we got here. Politics must have a Janus face towards both the past and the future in order to correctly estimate the magnitudes and the nature of the problems we have to solve. Politics in modern societies is a permanent process of problem resolution, where the answers to today’s problems constitute the problems of tomorrow. If we do not understand this human and social condition but begin to think in terms of permanent problem solving and of social institutions as self-propelling machines, we shall get into deep trouble.

The consequence of the argument is that views of the past also shift with changes of the present. Views on the Single European Act were different in 1987 than they are today with the hindsight of 25 years, for instance; the ‘big’ enlargement of the European Union was seen differently at the moment it was decided upon in 1997 to when it was implemented in 2004 – or indeed to after the French ‘no’ to the Constitution in 2005. There is a need for a permanent historical revision. Once upon a time, historians believed that they were observing the processes they analysed from privileged outside positions. Today we know that we are floating along in the powerful stream of time. This insight does not make the task easier. However, the argument remains. History is important not only for the records and the archives but for the identification of our problems and our positions in the time stream. The focus of sections 2-8 of this paper is thus on how we might understand today’s EU from a historical perspective. Taking their point of departure from the work of the late Alan Milward, formerly the official historian of British policy toward the EU and probably the most influential historian of European integration, the following section will discuss the key problems of the mainstream view on the EU’s past. In what follows, the paper will then look in more detail at the de-historicisation of Milward’s theory in the political sciences, and then attempt a historicisation of several central issues, including the democratic deficit, legitimacy, and European values, before conextualising the history of European integration within wider global developments. In conclusion, the ninth and final section will develop some thoughts on the connection between the history of European integration and a more long-term history of Europe. In this latter part, the paper draws on debates and results of an ongoing research project at the University of Helsinki: Europe between 1815 and 1914.2 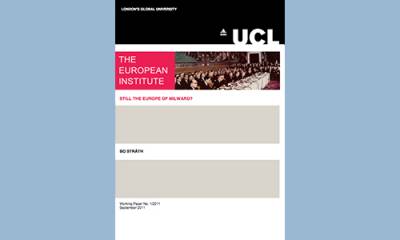