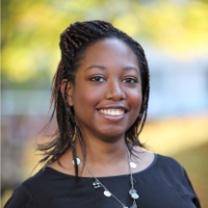 The current situation has resulted in tensions, leaving the relationship going forward insecure. The most tangible result of this has been the stall in the renegotiation of the EU-ACP partnership. I would like to argue that 'EU-Africa relations' remains as is mainly because the EU is anxious (Kinvall, Manners and Mitzen, 2020). It is this anxiety that I explore, in the Africa case where it is reinforced by challenges to the EU's influence by other newer actors. In the quest to claim back influence, I argue that the EU risks greater rifts in the relationship.

Dr Toni Haastrup is a Senior Lecturer in International Politics at the University of Stirling. Her research explores the nature of power hierarchies between the Global North and South in both knowledge and practice. She has worked on the global governance of security via regional security institutions - the African and European Unions - among others in her monograph Charting Transformation through Security: Contemporary-EU Africa Relations (Palgrave, 2013). A part of her current research agenda draws on critical feminisms to understand the foreign policy practices of both institutions. She is Editor-in-Chief of JCMS: Journal of Common Market Studies.