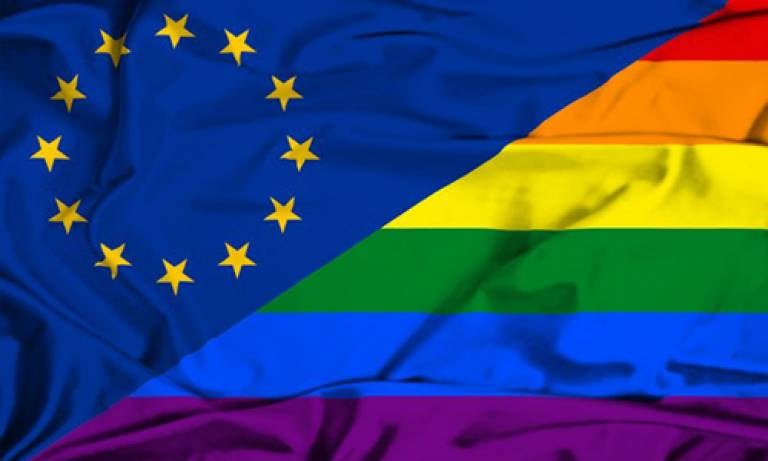 As part of the LGBTQ Migration and Asylum project, led by Dr Richard Mole, the European Institute will host the Queer Migration conference at UCL.

Until recently, the academic study of migration did not explicitly deal with sexual difference, implicitly assuming the typical migrant to be heterosexual. These assumptions have been challenged by scholars of queer migration and asylum, who have produced a small but growing literature on the migration experiences of lesbian, gay, bisexual, trans* and queer (LGBTQ) subjects. Indeed,  the very idea of 'queer' was to a significant extent brought about by migration in that the mass movement of people to the West from various non-Western cultures brought into sharp relief the numerous 'sexual identity categories and practices that [did] not depend on Western conceptions of selfhood and community', thereby producing a range of queer identities and subjectivities (Manalansan, 2006).

In geographical terms, most work on queer migration, diaspora and asylum has focused primarily on the United States, with some attention also paid to Asian and Latin American societies as sending countries. Far less research has been conducted on migration and asylum by LGBTQ individuals to or in Europe. This is surprising given the disparities in attitudes towards and the degree of legal protection for LGBTQ people across Europe and thus the extent to which differences in said attitudes and rights could potentially act as push or pull factors in sending and receiving states, respectively, or as grounds for claiming asylum.

Funded by the Jean Monnet Programme at the UCL European Institute, the aim of this one-day conference is thus to engage with these issues and seek to capture the specificities of LGBTQ migrants and asylum-seekers in Europe, identifying specific challenges facing - or potential benefits enjoyed by - queer migrants. We encourage submissions focusing on any aspect of queer migration, diaspora and asylum, including but not limited to the following range of topics:

The conference will be followed by a drinks reception and the screening of 'Samira', an ethnographic account of the life history of an Algerian migrant man selling sex as a travesti at night in Marseille

This is second in a series of events held as part of the LGBTQ Migration and Asylum project. See the programme of the previous workshop, held in May 2017.

Register for this event here.