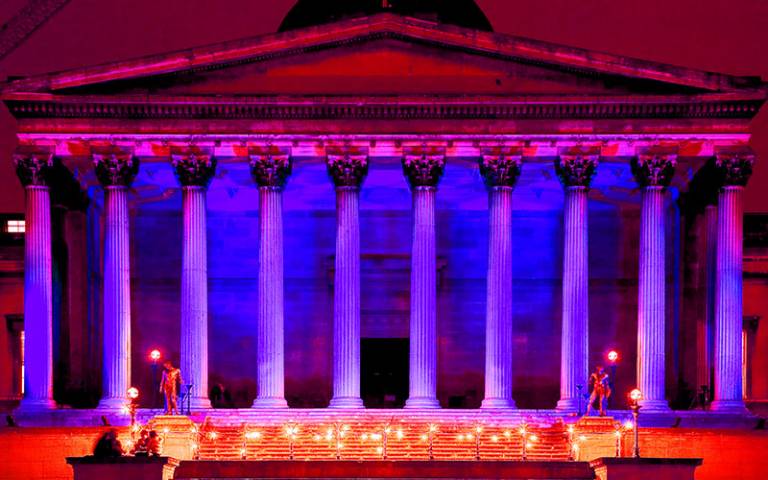 Do you know someone who deserves recognition for their equality, diversity and inclusion related work at UCL? This year, we are adopting the theme, ‘inclusive culture change.’ Nominate and celebrate UCL staff and students, who have created a positive change in culture at UCL, for an Inclusion Award.

UCL Inclusion Awards recognise work or contributions that individuals or teams make to progressing equality, diversity, or inclusion practice within the institution.

Nominations can be made in the following categories:

1. Provost’s award for Embedding Equality, Diversity, and Inclusion (staff only)
This award recognises an individual or team’s effort to embed EDI into mainstream work through their approach and undertaking of tasks, be it day-to-day tasks or larger projects.

2. Sarah Guise award for Catalyst for Change (open to staff and students)
This award recognises a person or a team doing things differently by incorporating EDI values into the way they work, resulting in a positive shift in UCL culture.

3. Sir Stephen Wall award: Inspiring Role Model (open to staff and students)
This award recognises a person who has taken the opportunity to engage with members of our community, speaking openly about their personal experiences in a visible forum that encourages and champions diversity and inclusion in a way that our students and staff can relate to.

5. Departmental award for EDI Excellence
This award recognises a UCL department or division (including PS) that has demonstrated the most EDI commitment and impact over the past year

6. Staff EDI Group / Network Member of the Year (staff only)
This award recognises an individual for their voluntary contribution to a staff EDI group or network, recognising impactful activities and commitment to EDI

Any UCL member of staff or team/department can be nominated to receive an award. There are no restrictions on who can nominate within the UCL community, but they should be able to explain why the individual or team deserves the recognition.

NB. Those who occupy full time paid EDI job roles (such as members of the central Equality, Diversity and Inclusion team) should not be nominated for an inclusion award. The awards are to acknowledge EDI institutional citizenship.

Nominations will be considered by the Inclusion Awards judging panel, members of which are drawn from across UCL. When writing a nomination, please remember that the panel can only judge based on the contents of the nomination form, so please include as much detail as possible on how the nominee (s) meet the criteria for the award.

Nominations need to be submitted completing the nomination form by 29 May 2022. Late nominations will not be accepted.

The award winners will be announced at a ceremony on 13 July, from 5pm onwards. The ceremony will be live streamed, for those that cannot attend in person.

You can find out more through the frequently asked questions page.

If you would like to discuss the awards further, please contact Sonal Bharadva from the Equality, Diversity & Inclusion team: equalities@ucl.ac.uk.