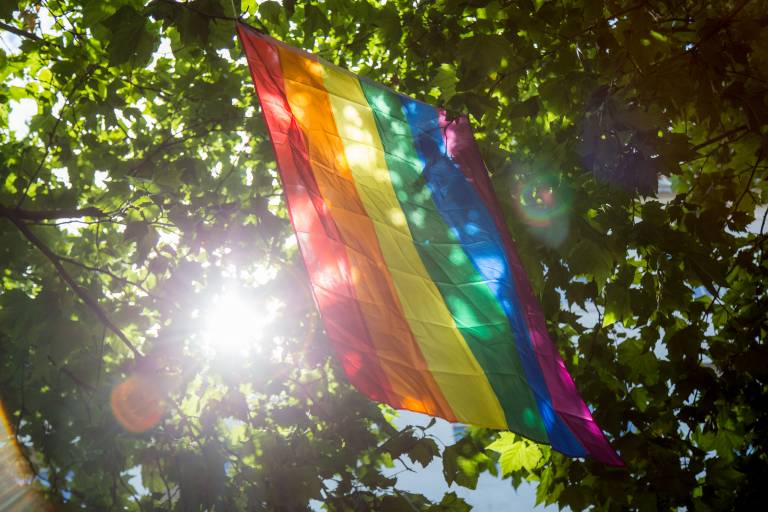 "For a variety of reasons, the last 12 months have been a challenge. While improved visibility is a start – and some might even say sufficient – it is difficult to escape the sense that our rights are slowly diminishing. While there are sections of our community who continue to have their existence questioned, the fight must continue.

The Stonewall riots, which were the catalyst for the first Pride event - occurred because members of the LGBT community decided to fight back, sparking an uprising that launched a global movement of resistance and revolution.

Transgender women of colour, including Marsha P. Johnson and Sylvia Rivera, initiated and led the resistance against the police. With these riots, the spirit of ‘60s rebellion spread to LGBT people across New York and beyond, who for the first time found themselves part of a community.

Although the gay rights movement did not begin at Stonewall, the riots did mark a turning point and on the first anniversary of the police raid on the Stonewall Inn activists in New York organised the Christopher Street Liberation March to start off the first Gay Pride event.

So, while we celebrate Pride in its many guises and enjoy what Pride month has to offer, let us remember that the fight must continue, and we can only succeed if each member of the LGBTQ+ community - and perhaps more importantly our allies - play their part.

Constantly having to fight for equality (metaphorically speaking) is draining, so is having your existence questioned or needing to continuously justify your place in society (or even the LGBTQ+ community). External benchmarking schemes, conceived and implemented across the sector because academics were demonstrably bad at recognising and fixing inequity, were designed in part to relieve marginalised communities of the heavy lifting of having to constantly prove the existence and consequences of their treatment. Nonetheless, we must start from where we are and therein lies the importance of being able to rely on the community and its allies to play their part as the more individuals to share the load amongst, the lighter that load becomes.

For us to truly succeed there needs to be less of a reliance of the burden of work being done by the global majority and trans members of the LGBTQ+ community however when those people are telling you we need to keep pushing - believe them: for they are the ones who dared to start the resistance.

It is insufficient to merely accept a seat at the table. Demand more. Demand action. Demand change. Demand equality."