This month we welcome 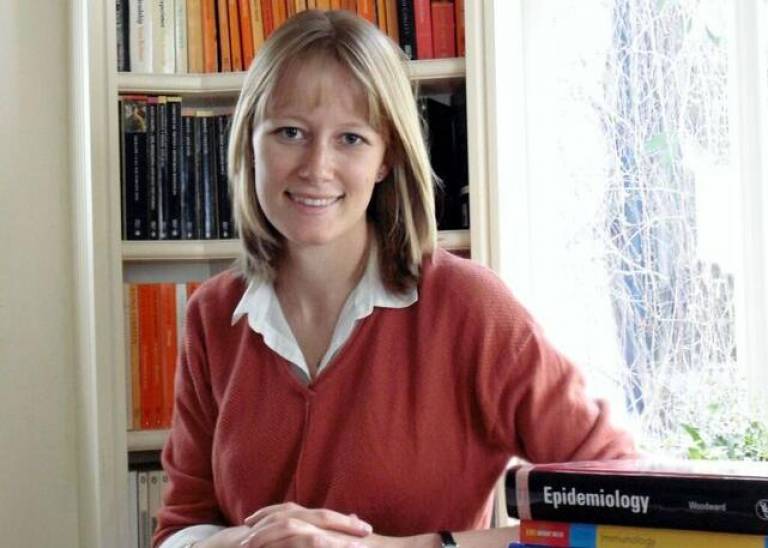 ucl.ac.uk/iris/browse/profile?upi=DFANC73" target="_self">Dr Daisy Fancourt to the Spotlight, a Senior Research Associate and one of the BBC's New Generation Thinkers.

I'm a Wellcome Research Fellow in the Department of Behavioural Science and Health. I'm currently analysing data from cohort studies including ELSA, NCDS and MCS exploring associations between arts, culture and community engagement and health including depression, social adjustment, cognition and dementia.

I joined UCL in August 2017 but I previously did my PhD in psychoneuroimmunology at UCL looking at the impact of community music programmes on mental health, stress hormones and inflammatory responses. In between I did a postdoc and then a fellowship in the Centre for Performance Science, which is part of the Faculty of Medicine at Imperial College. The Centre is a partnership with the Royal College of Music and I worked on a range of clinical trials exploring the effects of music interventions on conditions such as postnatal depression.

In 2017 I set up an Early Career Research Network for arts, health and medicine with an award from the British Academy. It's been brilliant to see the response from ECRs: the network has had over 700 researchers join from 30 countries and now runs events fortnightly across the UK, has a podcast series and we've established an international training course in partnership with the University of Florida. ECRs are welcome to join: www.ArtsHealthECRN.com

I'm currently working on two Citizen Science projects gathering new data about arts engagement and health. The first is a BBC project called 'The Great British Creativity Test' which is currently gathering data (aiming for 100,000 responses) to develop a new psychological model for how creative activities affect our emotions. The other project is with NASA, launching in April, and will explore the impact of virtual arts experiences on mental health.

Who would be your dream dinner guest?

A tiny village in Burgundy in France called Chateauneuf where I spent much of my childhood. It's the total opposite of London!