On December 26th 2004 the tsunami destroyed hundreds of schools, including the  Randombe school sited within 30 metres of the beach, close to the small town of Ambalangoda. Ambalangoda is a 2-3 hour drive south of the capital Colombo, on the west coast of Sri Lanka. Two, of Randombe’s school buildings were destroyed completely and one was damaged badly. It was school holiday time and the school was empty. Mercifully none of the Randombe students or teachers lost their lives, though two students lost their fathers. School children and teachers and their families in many other parts of Sri Lanka were less fortunate. 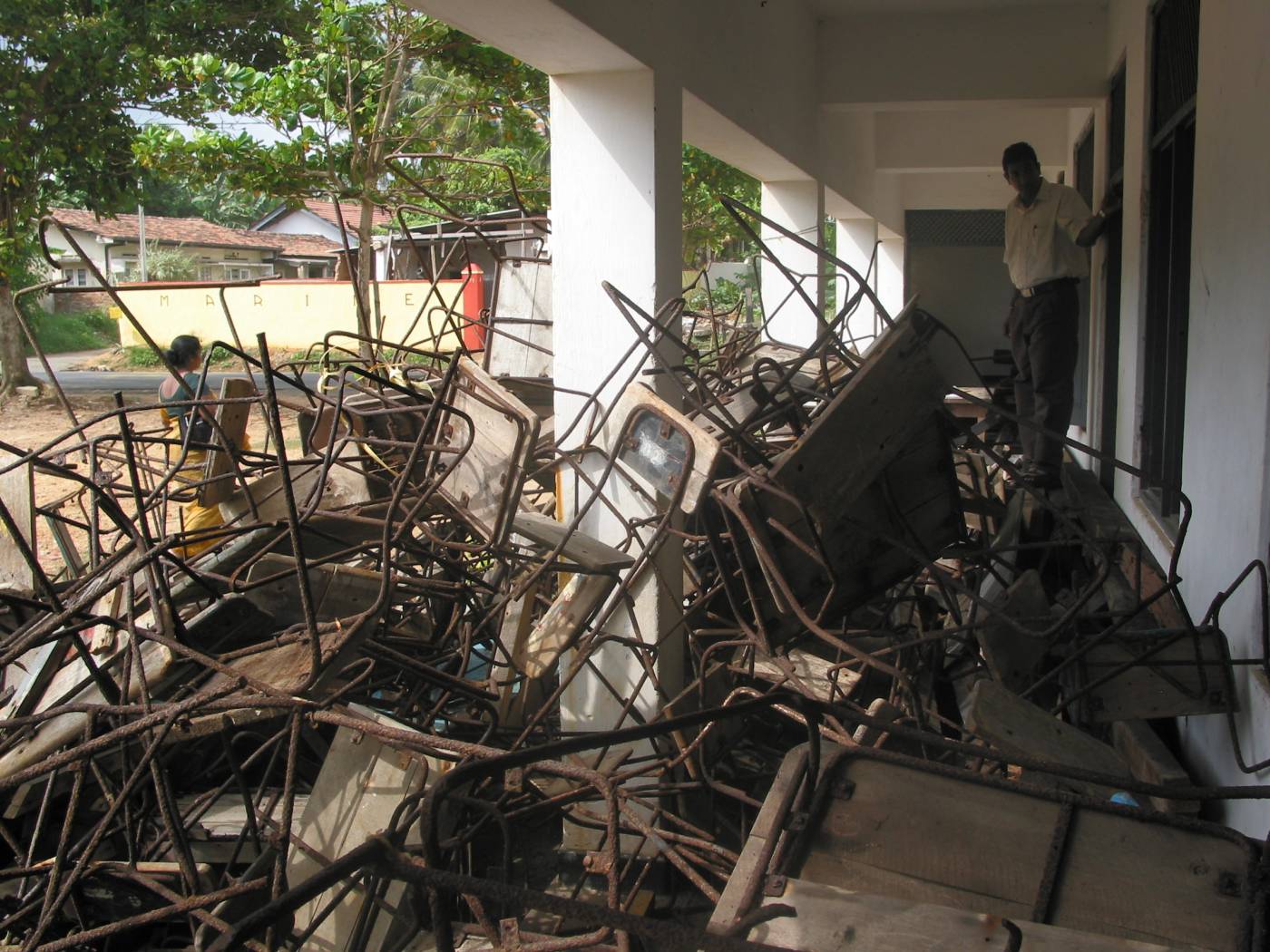 The Randombe school community is largely Sinhala-Buddhist and in 250 children were enrolled at the school (July 2005 figure). Most of the parents were casual labourers working as cinnamon tree peelers or drying green tea. Only two parents had ‘regular jobs’ (i.e. a job with regular income).

Immediately after the tsunami many organisations, large and small, local, national and foreign, offered financial and other support to the communities in Sri Lanka and elsewhere in the devastated regions of the country. This support was of various types – immediate relief to those affected, and rehabilitation of physical infrastructure, including schools, health centres, hospitals, roads etc.

In the case of education, the Ministry of Education reacted quickly. Mr Muthu Sivaganam, working under the guidance of the then Secretary of Education, Ms Tara de Mel, surveyed the areas where schools had been destroyed. Rebuilding would be funded by the government and a range of domestic and international NGOs. Potential funders were invited to submit building plans and, in a bid to encourage innovation in the design of school buildings, the Ministry encouraged bidders to deviate from the standard school type plan. Though deviation was encouraged, design and building plans were subject to review and approval by the Engineers of the School Works Department of the Ministry of Education.

Such was the scale of the rebuilding work needed across all sectors that a separate Tsunami Rehabilitation Unit was established by the Government, after which responsibility for new school buildings transferred to this Unit. 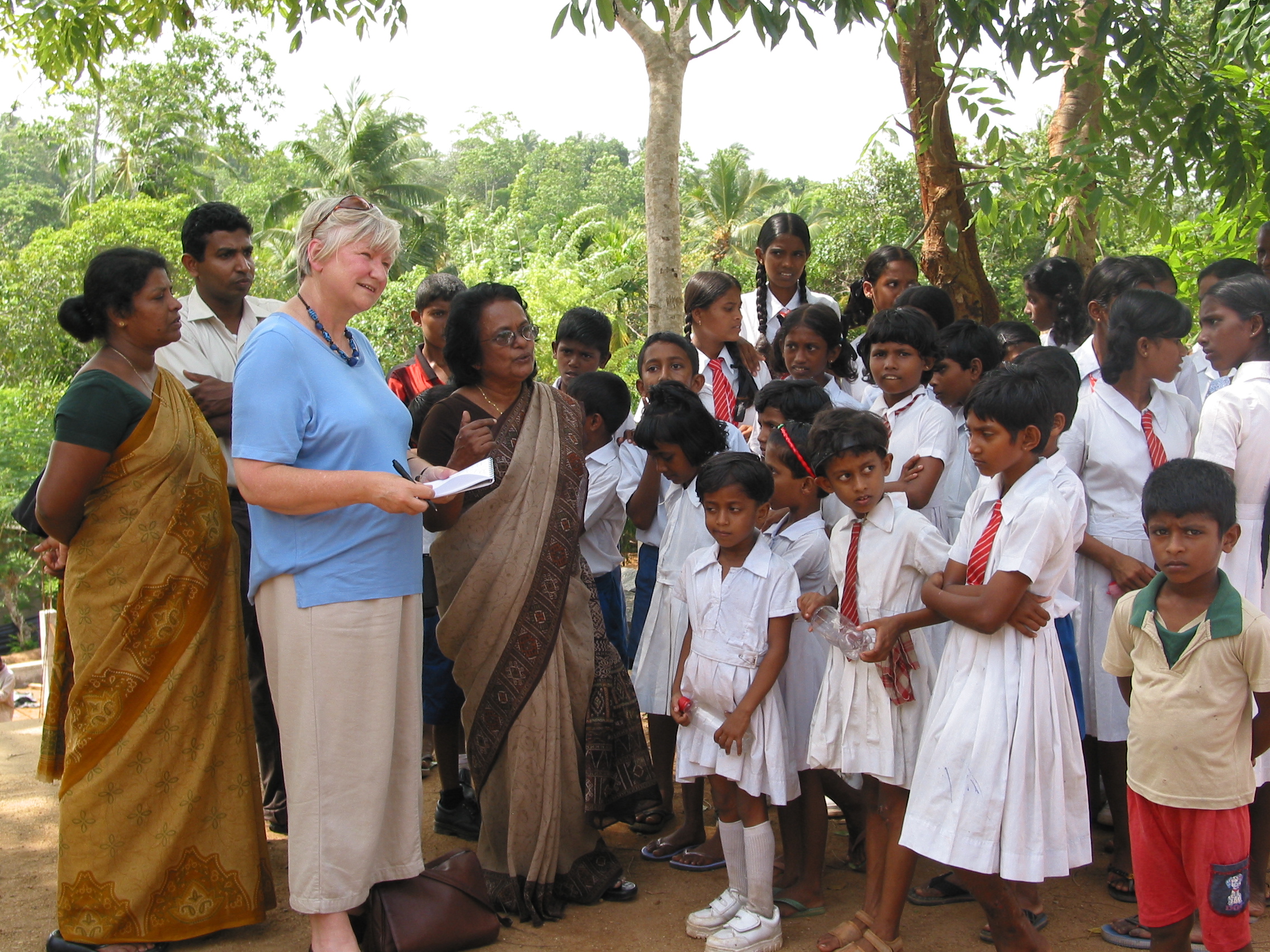 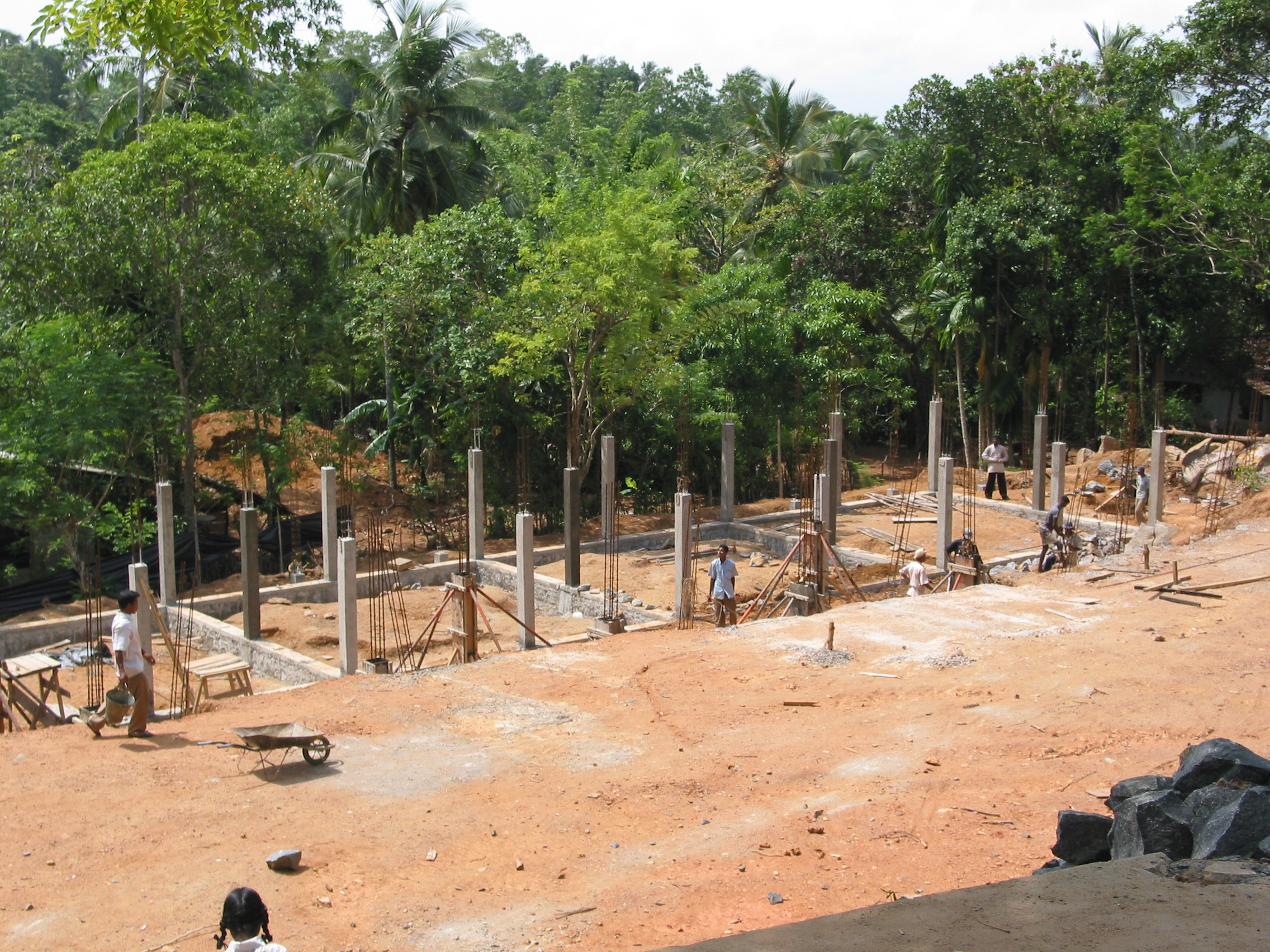 I met Randombe teachers and students in July 2005, six months after the tsunami. I visited the former school site, the new school site and a neighbouring school. The priest of the village temple had donated land for the new school site 1.5 miles inland from the coast. And at the neighbouring school, 3-4 miles away, a temporary school building had been constructed to accommodate the Randombe teachers and students until their new building had been completed. Funding for the new school was provided by The Rotary Club of Devon working in partnership with the Rotary Club of Colombo. The site manager and engineer were at the site on the day of my visit. Completion of the new three-storey structure, offering education from Grade 1 11 was planned for November 2005, less than one year after the tsunami. A local NGO, Chrysalis, had provided funds for daily transport of students and teachers to and from the neighbouring school.

The UCL Institute of Education Students’ Union also raised funds for the school. I discussed with the school principal and deputy principal how these funds might be used. After a wide ranging discussion about books and materials for classrooms the final request was for a contribution towards the rehabilitation of the school band. While a number of instruments had been destroyed, a few had been retrieved from the damage. And the band members needed new uniforms. The band performed at the ceremonial opening of the new school later in the year. 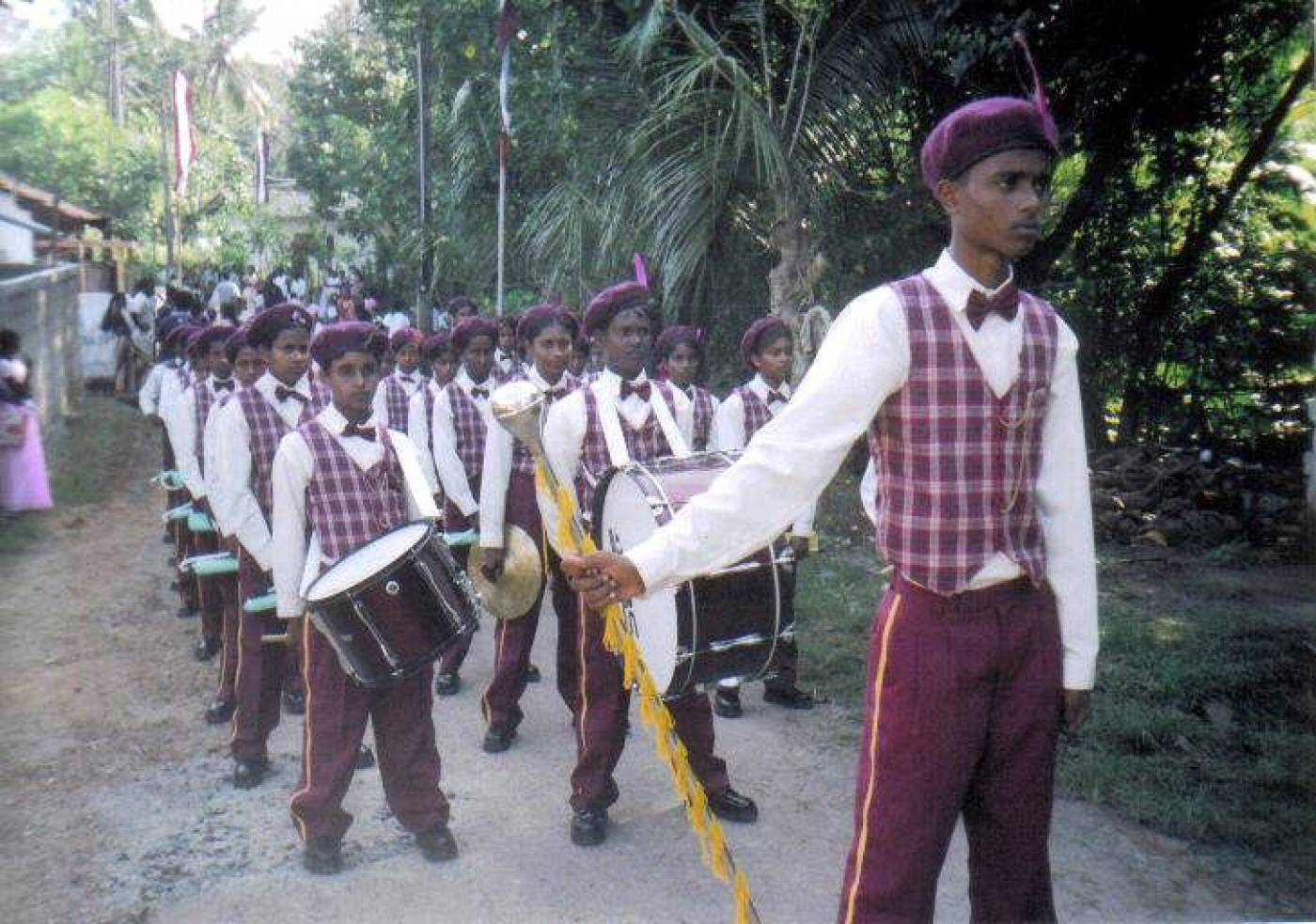