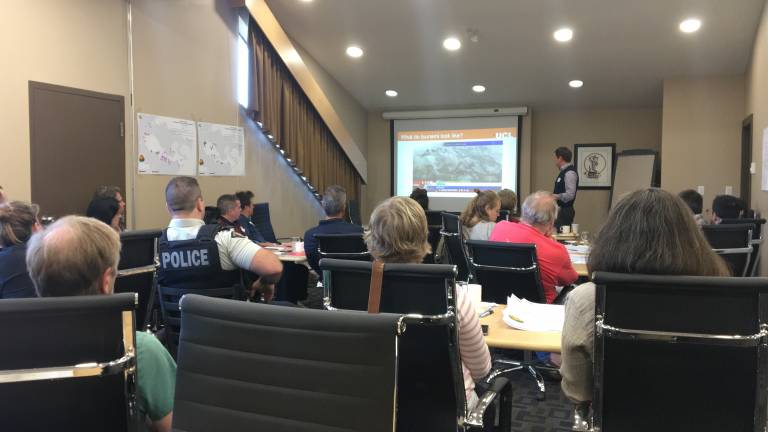 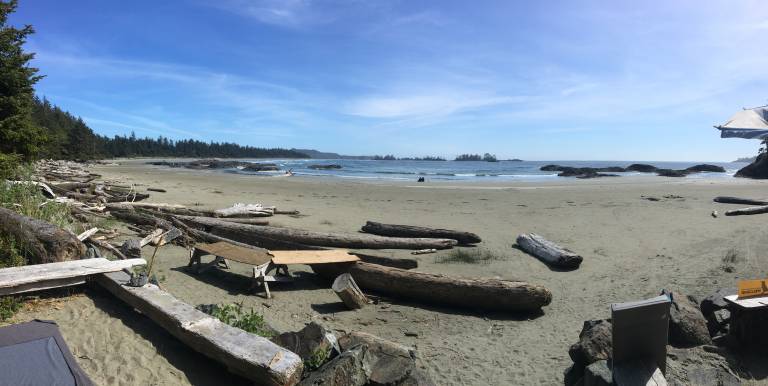 Tofino is a coastal district on Vancouver Island and a popular tourist destination in British Columbia. As many coastal communities in the Pacific Northwest, Tofino is exposed to flooding from storm surges and tsunami. The latter represents a significant hazard, due to the proximity of British Columbia to the Cascadia Subduction Zone, which is part of the ‘Ring of Fire’, a large circle of tectonic plate boundaries that circle the Pacific Ocean. An earthquake capable of triggering a life-threatening tsunami occurs worldwide roughly once every five years, and a large proportion of those occur along the Ring of Fire.


The Government of British Columbia through the Community Emergency Preparedness Fund supported Ebbwater and its partner Cascadia Coast Research Ltd in assessing the coastal flood hazards in the District of Tofino. This resulted in flooding maps that were presented to the local community in a workshop that took place on 9 May. Dr David Robinson and Dr Marco Baiguera from EPICentre provided an evidence basis from past events and latest research works to help the participants better understand tsunami hazard. The worst-case scenario is likely to be a full rupture of the Cascadia Subduction Zone that could generate a magnitude 9 earthquake. The subsequent tsunami could be comparable to the 2011 Tohoku tsunami (Japan) and could hit Tofino in less than 30 minutes. While the District has already a tsunami warning siren system in place, evacuation to high ground is critical for residents of the most exposed areas to tsunami. EPICentre researchers pointed out different solutions for the District, including the designation of public evacuation areas on top of new buildings.