Set up during lockdown, Purvish Thaker’s YouTube channel is already in YouTube UK’s top 20, with more than four million subscribers readily tuning in. 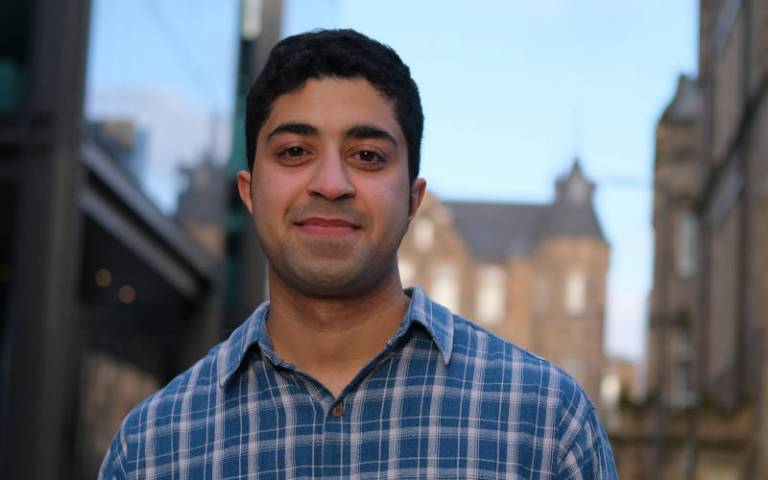 What began as a fun project in April 2020 to revive a genre of music he loves has now been transformed into a successful YouTube channel and record label. Even more impressive, Purvish Thaker’s business Sufiscore has rapidly taken off during lockdown, alongside his master’s.

Purvish, who’s studying an MSc in Biochemical Engineering at UCL, realised there was no single place for people to listen to quality South Asian music anymore.

“It's an overlooked genre and I wanted to help talented South Asian artists get their music out there more. So I started by streaming a few musicians I knew, on Instagram. We quickly saw demand for it, lots of people started subscribing and it’s really taken off from there,” said Purvish.

Four million subscribers and in the top 20

Purvish is one of five UCL students and alumni to have been named in this year’s Forbes ‘Top 30 Under 30’ list of leading entrepreneurs and creatives in Europe.

In less than a year, his YouTube channel has attracted four million subscribers, who tune in to hear from South Asian artists from all over the world. Run almost exclusively by Purvish from his bedroom, Sufiscore has now worked its way into YouTube’s top 20, and gained international attention with artists and fans.

“I’ve always loved this music, and the fact everything was shut down last year gave me the extra push to do it. With no live shows going on, I realised we could fill a gap by putting on virtual ones. I think music helps people, particularly at difficult times.”

As well as up and coming artists and musicians, the Sufiscore channel has pulled in big names of South-east Asian music, including Atif Aslam, Arijit Singh and Shreya Ghoshal. The business has also set up its own record label to create original content, working with several studios including the world-famous Abbey Road.

Building an impactful business alongside his studies

“It’s been a huge learning curve for me, as someone who didn’t know a thing about production or YouTube or anything when we started. My family has supported me, and I’ve had guidance on things like artist contracts from people in the industry. Many artists like working with us because we’ve able to reduce the execution time of a music project drastically as everything goes through me. If an artist wants to release a song, Sufiscore is their best option because there is no red tape, no drama and we focus on quality.

“It’s amazing it’s taken off in the way it has. But my passion is still engineering, that’s what I want to do as a career. I’ve developed my management skills while being creative, so I hope I can implement that in the field of engineering. My dissertation is coming up, so I’ll be focusing on that now, and keeping the business going in the evenings. My master’s has kept me grounded and I’ve felt a lot of support being part of the community here at UCL.

“As for what’s coming up on Sufiscore, I’d like to see how we can feature even more home-grown South-east Asian talent. We’ve got some very special projects just around the corner. All I can say is watch this space!”

Purvish is part of a thriving community of entrepreneurial students and alumni here at UCL. Budding entrepreneurs have access to an extensive extracurricular entrepreneurship programme through UCL Innovation & Enterprise, including training and business support.