Archaeologists at UCL and the British Museum have strengthened their links through a year-long series of conferences, symposia, workshops and networking events. 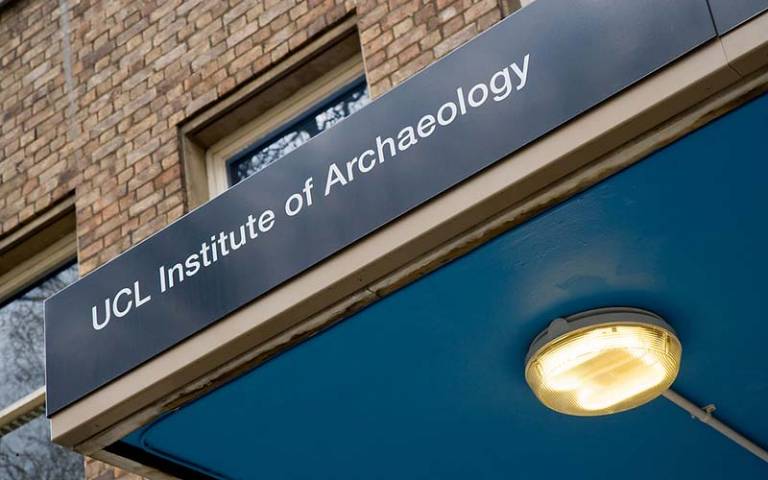 These events explored a wide range of topics, from the reconstruction of ancient food and climate systems to the colonial legacy of universities and museums. Ultimately, the aim is to investigate possibilities for reciprocal training, joint research and funding applications.

The project came about partly through the ongoing development of a Knowledge Quarter based around King’s Cross, the Euston Road and Bloomsbury – which encompasses both UCL and the British Museum.

Collaborative activity between the two institutions dates back to the university’s foundation in 1826, but they’ve never had a formal and focused relationship.

Among the topics explored at the events was a session on how the global ambitions of major metropolitan universities and museums can be reconciled with the problematic legacy of colonialism.

There was also a symposium on bioarchaeology, exploring potential collaboration in laboratory-based research techniques. These include proteomics (the study of proteins), isotope and dental studies, and the reconstruction of ancient food and climate systems.

Future cooperation between UCL and the British Museum

David Wengrow, Professor of Comparative Archaeology at UCL, said: "We held discussions with researchers across UCL and the British Museum to think of possibilities for reciprocal training arrangements, joint research and funding applications.

"We feel we have established a format for joint consultation which could now potentially be extended to include other parts of the university."

The knowledge exchange activities undertaken by UCL and the British Museum were supported by funding from the Higher Education Innovation Fund and distributed by UCL Innovation & Enterprise.