Paul Davis took his undergraduate and postgraduate degrees at Trinity College, Cambridge between 1987 and 1995. After a Junior Research Fellowship at Magdalene College, Cambridge, he arrived in the English department at UCL in 1997.

He convenes the ‘Seventeenth Century’ course and also (temporarily) the 'Eighteenth Century' course, and teaches widely across the department's undergraduate provision, covering literature between 1520 and 1830. The topics of PhD theses he has supervised in recent years include 'The Politics of Drama, 1688-1702', 'Houses and Homes in Milton', 'Eighteenth-Century Editions of Spenser', 'The Reception of Greek Tragedy in England, 1660-1760', 'Ovid's Ars Amatoria in England, 1600-1750' and 'The Eighteenth-Century Reception of Milton's Poems (1645)'.

Within the department, Paul has served four periods in major administrative posts, twice as Admissions Tutor (2001-2, 2013-14), once as Secretary then Chair of the Board of Examiners (2008-10) and presently as Department Tutor. Outside the department, he has served as External Examiner in the BA and MA programmes in Comparative Literature at King's College London (2011-14) and on the MSt courses in 'English (1550-1700)' and 'English (1700-1830)' at Oxford (2015-18). He has examined doctoral theses in the UK, France and Switzerland.

Paul’s research interests lie in four main fields: Restoration literary culture; classicism in England from the Civil War to the nineteenth century, especially poetic translation and imitation; manuscript verse culture in the seventeenth century; and textual editing. His book Translation and the Poet’s Life: the Ethics of Translating in English Culture, 1646-1726 covered ground shared between the first two of those fields; his published work in the last two includes a selected edition of Rochester and a group of articles and chapters on scribal culture and book history in the Restoration and eighteenth century.

Paul's major research project at present is an edition of the non-journalistic writings of Joseph Addison in 3 volumes for Oxford University Press. Paul is the General Editor, and is editing the volume containing Addison's 'Poems and Translations', with the volume of 'Dramatic Works' being edited by David Francis Taylor (Oxford) and the 'Prose Works' by Henry Power (Exeter). The edition will be preceded by a volume of essays marking the tercentenary of Addison's death in 2019, also to be published by OUP, with contributions by fifteen literary scholars and historians from the UK, the US, Canada and France. 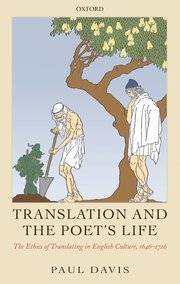 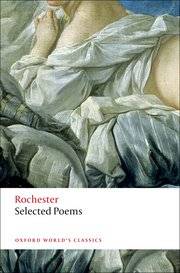 'Recovering a Restoration Scribal Poet: The Life and Work of Robert Wolseley, with Notes on his Association with the Earl of Rochester', forthcoming, Huntington Library Quarterly 79 (2016), 677-704

'Joseph Addison's Forgotten Poetic Response to Paradise Lost: "Milton's Stile Imitated, in a Translation of a Story out of the Third Aeneid" (1704): an Edited Text, with Annotation and Commentary', Milton Quarterly 49 (2015), 243-74

'Popery and Publishing in the Restoration Crisis: A Whig Gentry Family's Credit Account with their London Bookseller, 1680-1683', The Library: Transactions of the Bibliographical Society, 7th series, 15 (2014), 261-91

'A Lucan Translation Controversy on the Eve of the Glorious Revolution', The Review of English Studies 65 (2014), 673-93

‘Marvell and the Literary Past’, in Derek Hirst and Steven N. Zwicker (eds), The Cambridge Companion to Andrew Marvell (Cambridge University Press, 2011) pp. 25-44