Helen Hackett was educated at Manchester High School for Girls and the University of Oxford (Lady Margaret Hall). She was a Junior Research Fellow at Merton College, Oxford, and has been at UCL since 1990.

Helen has broad interests in Renaissance literature, especially female writers and representations of women. She has written extensively on images of Elizabeth I and on Shakespeare (especially A Midsummer Night’s Dream). She has also published on Renaissance prose fiction, especially Lady Mary Wroth’s Urania; and on the manuscript poems and letters of the Aston-Thimelby circle, a seventeenth-century Catholic literary network in which women were active.

Helen’s Short History of English Renaissance Drama was published in 2013. She was a founder of the UCL Centre for Early Modern Exchanges and continues to participate in its activities; in 2015 she edited a book, Early Modern Exchanges, which was generated by the Centre’s launch conference. Her current project is a book on The Elizabethan Mind, supported by a Leverhulme Research Fellowship.

To hear Helen discussing A Midsummer Night's Dream on In Our Time, please go to: https://www.bbc.co.uk/sounds/play/m00046rp

Helen's short podcast on 'The Elizabethan Imagination' (hosted by Loq) is available here https://www.facebook.com/LoqAppUK/videos/218639455696295/ or https://www.youtube.com/watch?v=tJcn8yX9Cmo&feature=youtu.be

A Short History of English Renaissance Drama (London: I. B. Tauris, 2012)

Virgin Mother, Maiden Queen: Elizabeth I and the Cult of the Virgin Mary (Basingstoke: Macmillan, 1995) 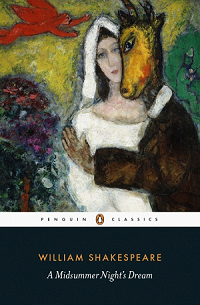 ‘“He is a better scholar than I thought he was”: debating the achievements of the Elizabethan grammar schools.’ Early Modern Voices, ed. Dermot Cavanagh and Robert Maslen, special issue, Journal of the Northern Renaissance 9 (Autumn 2017). http://www.northernrenaissance.org/he-is-a-better-scholar-than-i-thought-he-was-debating-the-achievements-of-the-elizabethan-grammar-schools/ . 8500 words.