For several decades, the development of available electronic devices has relied heavily on the downsizing of the transistor, allowing the technology for the small, powerful computers that are the basis of our modern information society. 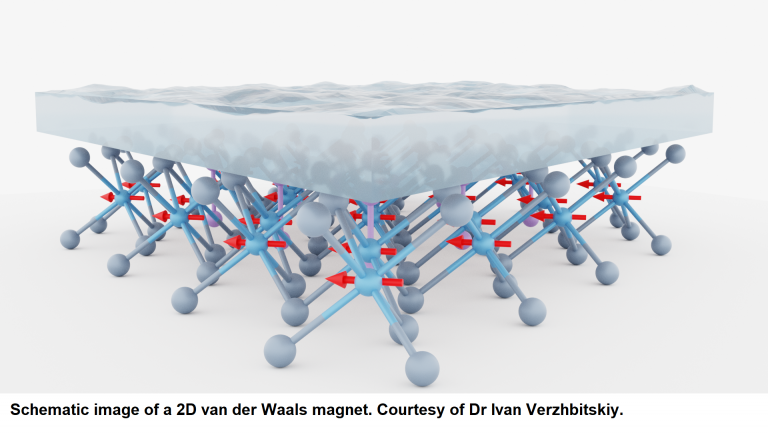 Moore's Law, effectively describing the growth of the number of transistors per unit area (and computing power), has continued ever since. However, we are fast approaching the end of that trend - the moment when transistors are as small as atoms, and cannot be shrunk any further.

To meet the ever growing demands of computational power for electronic devices, we need to explore and identify radically new computing concepts. The concept of spintronics which creates a "spin"-based electronic technology, holds potential to replace the current semiconductor technologies.

At the heart of the development of spintronic technologies are new discoveries and the understanding of magnetic materials at the nanoscale. Hard disk drives exploit the nature of magnets and can store digital data reliably and cheaply. Spintronics has taken this key advantage into data processing technologies. In this development, discoveries of new materials, together with an understanding of their materials properties, can bring about the breakthrough for energy-efficient new electronic devices.

In a paper recently published in Nature Electronics, Hidekazu Kurebayashi and his colleagues explore a new class of materials, the so-called the 2D layered van der Waals ferromagnets.

They are a magnetic version of graphene and can potentially display novel properties which do not appear in their 3D forms. Kurebayashi and his colleagues applied electric fields on thin chromium germanium telluride (Cr2Ge2Te6) to study the role of the electric field. Cr2Ge2Te6 is a ferromagnetic insulator which they successfully made conductive by electric field, similar to a field-effect-transistor function. They then studied magnetism during the transition and discovered that they can control the ferromagnetic transition temperature by more than 100 K – meaning that it can be electrically switched on and off by applying electric fields. This is a major breakthrough in Kurebayashi’s project. The background physics is rich and they continue to work on this effect to fully understand the driving mechanism.

This project can potentially lead to the production of a radically new class of nano-electronic devices which can store information as cheap and reliable as hard-disc drives, and at the same time process information by electric field in a very energy efficient manner.

This work has been carried out in collaboration with teams in National University of Singapore (Drs Ivan Verzhbitskiy and Goki Eda), and is supported by EPSRC grant “Spin Physics in Two-Dimensional Layered Ferromagnets” (EP/T006749/1)