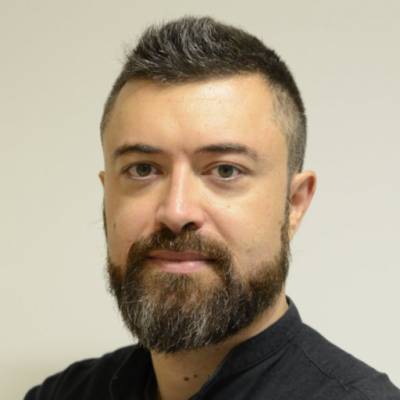 Originally from the Tuscany region in Italy, Francesco studied Earth Sciences at the University of Siena where he obtained his BSc and MSc degree, both focused on mineralogy and environmental geochemistry. From the same university, he gained a Ph.D. in 2012, with a focus on the combined clay-heavy mineral analysis of marine sediments recovered in 2007 in the McMurdo Sound region (Ross Sea, Antarctica) during the ANtarctic DRILLing Program (ANDRILL) - Southern McMurdo Sound Project

Starting from August 2013 Francesco spent one year at University of Sao Paulo (Brazil) as X-Ray diffraction specialist and laboratory manager at the Oceanographic Institute of the same university.

Thanks to the knowledge on X-Ray diffraction technique acquired during the Brazilian period Francesco moved back to Europe in October 2014, to become, as a Research Associate, part of Radiation Physics group at Medical Physics and Biomedical Engineering Department of UCL. During this period, Francesco contributed to the development of a Remote Diffraction System, capable of material identification by the way of Energy Dispersive X-Ray Diffraction (EDXRD).

Since November 2015, he is part of the EIL, where he is going to develop a project about Correlative Imaging in collaboration with Carl Zeiss company.