Jon was born and raised in the city of San Sebastian, Spain. He holds a BSc (Hons) in Mechanical Engineering from the University of the Basque Country and he moved to Sweden in his final year to write the Bachelor thesis in a project involving Blekinge Tekniska Hogskola (BTH) University and Landstinget Blekinge Company.

Jon then served as graduate research engineer in the IK4 Research Alliance group in Spain, specifically in the IK4 Cidetec headquarters in San Sebastian where he worked in the Energy division, modelling and characterizing PEM fuel cells.

He moved to London to work in the HSSMI in 2013 where he currently writes research proposals, conducts research in the fuel cell and battery area, and generates Bill of Processes with a view to up-scaling the production capability of newly designed products

Jon decided to join UCL and start his PhD in design of new manufacturing techniques for a novel fuel cell design in November 2014.

The thesis is running in parallel with an Innovate UK funded project that focuses on the innovative manufacturing of a novel fuel cell stack based on Printed Circuit Board (PCB) technology. The patented technology is based on previous research delivered by Imperial College London (IC) and University College London (UCL) funded by the EPSRC and the Carbon Trust. The approach utilises fuel cell modules created by embedding membrane electrode assemblies (MEAs) within a multi-layer printed circuit board. This technology, and the manufacturing processes to be developed in this thesis, will facilitate a breakthrough in production volumes. It is predicted that it will bring a cost reduction of up to 48%, which will bring the cost of a fuel cell system significantly below the automotive target of $35/kW. 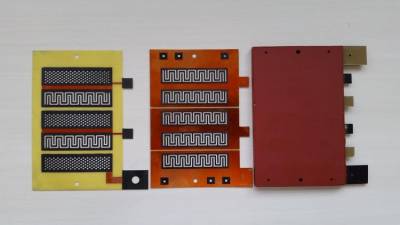 The thesis is focused on developing and implementing the manufacturing integration and scale up with the aim to reach MRL4 and parts of MRL 5 within the project. It will be delivered within a 3 year timescale and the project will look at exploiting the resulting capabilities by manufacturing of fuel cell stacks by the involved SMEs and potentially sell the stacks to automotive fuel cell integrators.