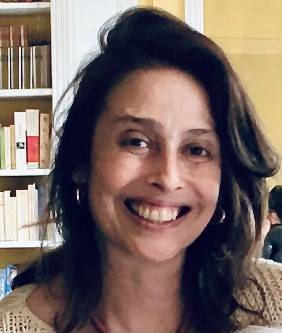 Beatriz Armendáriz is an Associate Professor of Economics at the Department of Economics, University College London. Prior to that, she was a Lecturer in Economics at Harvard, and an Associate Professor at the Massachusetts Institute of Technology (MIT). She is also affiliated to the Centre for European Research in Microfinance (CERMi). Her dissertation on international finance was entirely written at MIT, but she received her PhD in Economics at The School of Advanced Studies in the Social Sciences (EHESS) in Paris.

Shortly after, and thanks to her then student, Lamiya Morshed, Beatriz discovered that international finance and microcredit contracts had a common feature, namely, that both contracts were often agreed by lenders and borrowers without explicit collateral. Her research since has focused on microfinance. Beatriz’s first paper on microfinance was published in the Journal of Development Economics, "On the design of a credit agreement with peer monitoring".

Beatriz’s research with Jonathan Morduch continued. Their book titled The Economics of Microfinance was first published by MIT Press in 2005, just a year before Muhammad Yunus, the founder of microcredit in Bangladesh, was awarded the Nobel Peace Prize for “creating economic and social development from below”. The Armendáriz – Morduch book was revised, and the second edition of it was published again by MIT Press in 2010.

Armendáriz also co-edited The Handbook of Microfinance with Marc Labie for Word Scientific, and, more recently, she co-authored yet another book for MIT Press in 2017, The Economics of Contemporary Latin American Economy. This book has made Beatriz to reflect on her earlier work on international finance and learn about latest-state-of-the -art topics which are relevant to Latin America and most of the developing world. 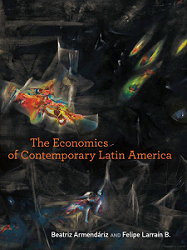 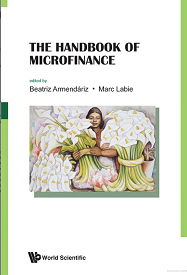 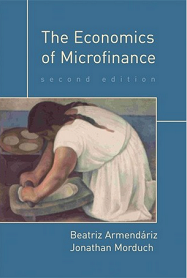