It is with great sadness that we learnt of the death of our colleague Professor Konrad Mierendorff on Saturday 7 August 2021 in an accident whilst on holiday. 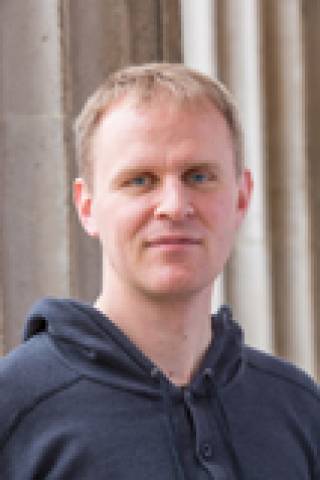 Konrad will be sorely missed by his colleagues at UCL Department of Economics and throughout the wider economics world.

During his time at UCL, Konrad was known as a kind and generous teacher. He devoted great care and attention to his research students’ work. Invariably he thought hard about what they were working on and brought out the best in them. He never dismissed a student’s work out of hand and could often detect interesting features of an idea where no one else could.

Over the past decade, Konrad developed his research interests in microeconomic theory, information economics, mechanism design and became an important leader in the group of economic theorists in the department, promoting interaction among students and academics. Konrad’s most recent work was on the dynamics of learning and information. Konrad, and his co-author (Yeon-Koo Che), generated elegant models that clarified and illustrated many of the subtle issues that arise when we learn. Their first paper modelled the choices one might have to make when learning. In particular, one might choose to search for information that proves a hypothesis or to search for information that refutes it. Clearly, an omniscient being should do both at the same time, but if an individual has “limited attention” they are only able to do one of these activities. This paper determines how one should make such choices and when one might observe switching from one activity to the other.

In a subsequent paper this was extended to a game where a principal is trying to persuade an agent that a state is true by providing evidence. The principal optimally chooses evidence of refutation in cases where their preferred state is likely, because in the absence of a refutation the agent’s beliefs slowly move up. However, in cases where the principal’s most preferred state is unlikely they provide evidence that may prove the state. Thus, persuasion is gradual at high initial beliefs, but lumpy and discontinuous at lower beliefs.

Konrad was one of the few economists who combine excellent technical skills with an outstanding ability to identify important, relevant problems. He rarely, if ever, succumbed to temptation of working on a problem for the sake of producing just an elegant mathematical construct—all of his theories are tightly connected to applications and help us better understand real-life phenomena.

He recently won a 2021 European Research Council Consolidator Grant for his proposal “Dynamic Information Acquisition, Experimentation, and Communication”. Konrad was the Associate Editor at the Journal of the European Economic Association and at the European Economic Review and was published in many top-ranked peer-reviewed journals.

“We lost a great mind, a great colleague, a great friend. Konrad was a very deep thinker, a person of talent, humility, integrity. He always participated in the life of our community with intelligence and respect. We will miss him greatly, but his contribution to UCL and to Economics will last forever.”

"Konrad forged authentic connections with all the members of the academic community – professors and Ph.D. students alike. He cared about his junior colleagues, supporting and guiding them through the ups and downs of academic life. He cared about his students, taking their feedback seriously and constantly striving to improve their learning experience. And he cared about integrity, setting a positive example for all. Konrad’s upbeat personality contributed to a collegial and friendly atmosphere. The Department will not be the same without him and he will be sorely missed by friends, colleagues and students."

“Konrad joined the department in 2014 and quickly became one of its key pillars. He was an intellectual powerhouse with a curious and analytical mind, and it was no surprise that his academic contributions paved the way for his promotion to a Professor in 2020. In addition, he was an outstanding citizen always keen to contribute to the department and help out his colleagues. He was also deeply engaged in the social life of the department, a very caring person, and a continuous source of joy to others. UCL has lost a shining star, I will miss him deeply.”

"Konrad had a genuine respect for us and our ideas. This showed in how caring and kind he was as a supervisor. We could always approach him, and we knew that he would offer his time and engage with our work. We spent hours in his office at the whiteboard explaining what we were working on. He would listen and ask questions until he completely understood what we were doing. Then he would try to help us, figure out the next steps and how to overcome obstacles. He cared about our problems and wanted us to be better. Leaving a meeting with Konrad, we would feel light, because he would make us feel good about what we are doing, and energetic, because he would give us the motivation to work more and harder. We will miss someone who was an example for us, his students: a talented researcher and simply a good, generous and kind person."