Boys from disadvantaged backgrounds benefit most from early schooling, helping to narrow the skills gap (60-80%) with boys from high socio-economic backgrounds, according to a new study by (CReAM) at UCL 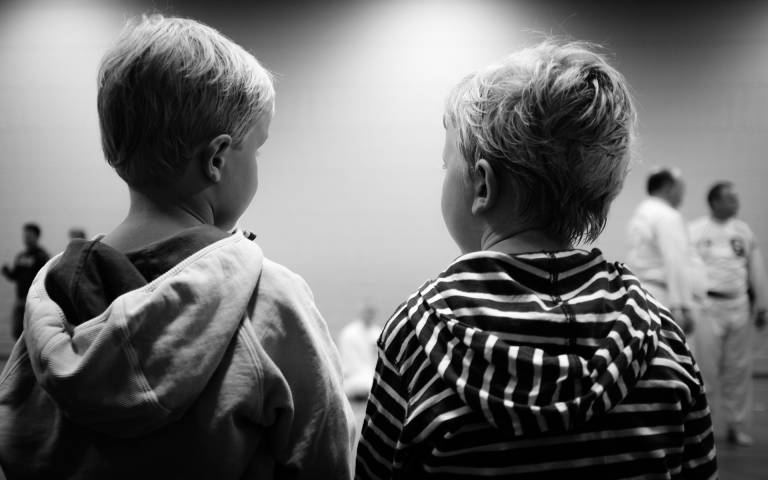 The research, to be published in the American Economic Journal: Economic Policy, reveals that an additional term (4 months) of early schooling has a positive effect (for teacher relationship, academic interest and disruptive behaviour) on boys from disadvantaged backgrounds up until age 11.

“An important finding of the study is that the large skills difference between boys from advantaged and disadvantaged family backgrounds can be substantially reduced by early schooling,” said study co-author, Professor Christian Dustmann (UCL Economics and director of CReAM).

“This is in line with findings of higher positive effects for disadvantaged children of early childcare programmes in other countries, such as Germany.

“The reason why boys from low socio-economic backgrounds benefit more strongly from early schooling may be that they experience lower-quality childcare when not enrolled in early childhood education.”

They examined locally varying school entry rules according to which most children entered reception class (first year of primary school) at the start of the academic year, but summer-born children in some local authorities were deferred by one or two terms.

The study investigated how earlier versus later transition into reception class impacts on cognitive and non-cognitive skills up until age 11 (final year of primary school).

They showed that universally all children benefit from early schooling, however the average effects are weaker compared to those for disadvantaged boys.

There are lasting effects on non-cognitive outcomes. At age 5, there are positive effects on physical development (covering coordination and fine motor control); creative development; and personal, social, and emotional development, with increases of about 5% for one additional term of early schooling. Earlier school entry further improves the pupil-teacher relationship and non-cognitive skills such as academic interest and good behaviour at ages 7 and 11.

“Overall our findings confirm that exposure of 4 year olds to early learning in a school setting fosters a range of important social skills throughout age 5, 7 and 11,” explained study co-author Professor Thomas Cornelissen (University of York and CReAM Research Fellow).”

The study results are also informative on the impact of summer-born children deferring school entry because the flipside of the positive effect of an additional term of early schooling is that there is a negative effect of losing one term due to deferment.

“The idea behind deferment by one or two terms is to give the youngest children some time to become more mature and school ready. But it seems that on average the negative effect of losing one term of reception class outweighs the potentially positive effect of deferment, in particular for boys from disadvantaged family backgrounds,” said Professor Cornelissen.

“The school-entry policy that should be recommended based on our results is a uniform school-entry date at the start of the academic year, while allowing deferment in exceptional circumstances. Importantly, this is the policy that most local authorities today have adopted.”