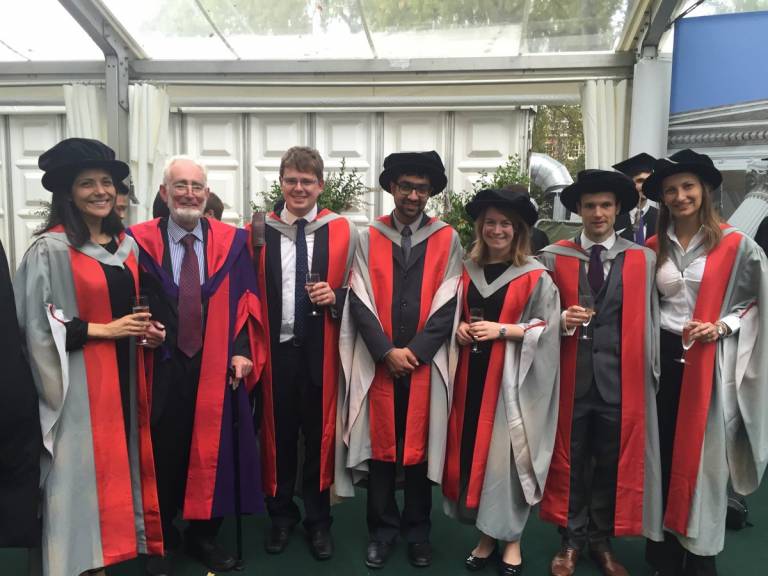 Sir Tony Atkinson, professor and head of the Department of Political Economy from 1976-9, died aged 72 on 1 January 2017. He will be remembered throughout the economics profession for the clarity and insight of his work on the principles and design of public policy and the importance of his empirical investigations into inequality and poverty.

" All those who  worked with him as a colleague remember his kindness as a person, generosity with his time and expertise and his ambition to make the Department both an intellectually stimulating and congenial workplace. It is typical of Tony that as head of department he was equally popular with the non-academic staff as with his professional colleagues.

Born in Caerleon in South Wales in September 1944, Anthony Barnes Atkinson was an undergraduate in the early days of Churchill College, Cambridge, where he was influenced by Frank Hahn among others. He became a fellow of St John's College in 1967.  After a period at the University of Essex from 1971 he joined UCL as its head in 1976.  He taught from 1980 to 1992 at LSE before returning to Cambridge then taking a post as warden of Nuffield College from 1994 to 2005 where he remained a fellow until his death.  He was latterly also Centennial Professor at LSE.  He served as President of the Royal Economic Society, the Econometric Society, the European Economic Association and the International Economic Association.  Honours have been numerous, including being a Fellow of the British Academy and Chevalier of the Légion d'Honneur.

" His most influential work is motivated throughout by his commitment to the view that economic inequality matters. Because it matters it is important that we be conceptually clear about how we measure it, that we be rigorous and diligent in collecting data on it and that we be judicious in the policies with which we address it. To all of these he has contributed in ways that have enriched understanding and continue to inspire the best work in the area.

Atkinson agreed with Keynes: "Economics is essentially a moral science."  His ideas on the measurement and analysis of income distribution drew on a tradition of welfare economics which has declined in its centrality but which he continued to regard as important.  His thoughts led to a measure of inequality explicitly based on the social waste of concentrating incomes away from the hands of those who need it most, an idea that has proved both durable and fruitful for study in the area.  He devoted long and valued effort to the collection of accurate and consistent data on the distribution of income and wealth, both within the UK in particular but also internationally.

Incorporating distributional justice into the design of taxes and social security is a central concern of public economics, a field to which his contributions have been enormous. The burden of taxation can be focussed on those most able to bear it directly by imposing higher taxes on those who earn more or indirectly by imposing higher taxes on the sorts of goods better off people consume, each of these socially costly by distorting behaviour in its own way.  Atkinson contributed to the theory of optimal tax design, one of his most celebrated and influential results, for instance, derived jointly with Joseph Stiglitz, concerning the balance between the two ways of taxing the better off more heavily.  Their precise demonstration of the circumstances in which availability of a sufficiently flexible income tax would (or would not) eliminate the case for the additional distortions of differentiated goods taxes was public economics at its best.  Atkinson and Stiglitz developed their lectures on public economics into a textbook which is still in demand for its lucidity and intelligence a generation later. He was instrumental in founding journals in the subject and promoting its study.

He was tireless in advising official and governmental bodies on issues of public policy, especially where those bore on questions of social justice, both in the UK, in other countries and at a European level.  His book `Inequality – What can be done?', published last year, centred on 15 proposals to address the problems of inequality and poverty.

Last September, Tony returned to UCL to collect an honorary doctorate of science, recognising his association with the college and his lifetime of achievements.  Pictures from the visit are reproduced below. 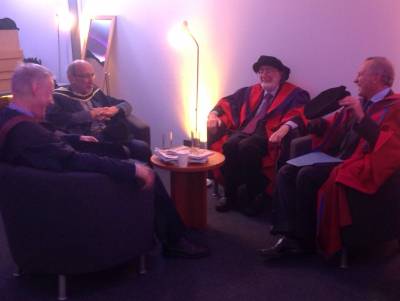