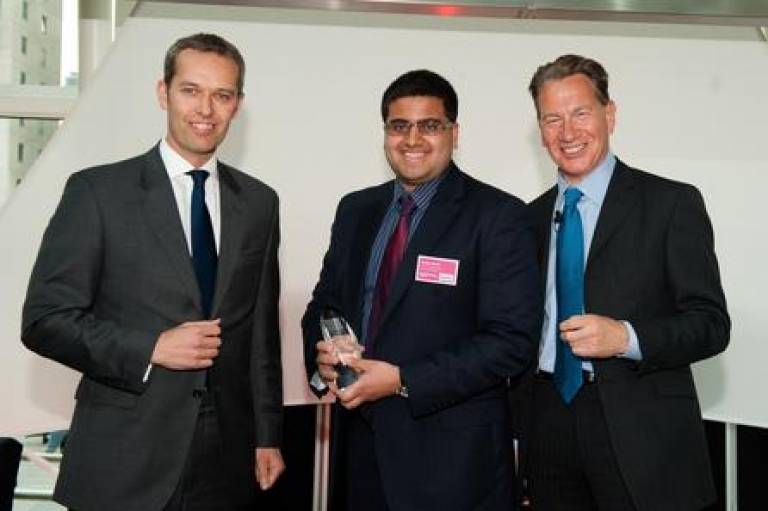 On Friday, at East Wintergarden, Canary Wharf, the Accountancy and Economics Undergraduate of the Year Award was awarded to Shabbir Merali who is studying Economics at UCL. The award was sponsored by Deloitte and, through a series of online tests, application forms, interviews and assessment exercises, Shabbir emerged as winner. This award was one of twelve presented on the day and each award was sponsored by a top graduate recruiter: Deloitte, Barclays, Mars, Ernst & Young, Morgan Stanley, Laing O’Rourke, E.ON, EDF Energy, RBS, Enterprise Rent-A-Car, BT and Mayer Brown.