Women, Economics and UCL in the late 19th Century

When UCL was founded in 1827, the opening of degrees to those excluded by religion from taking degrees at Oxford or Cambridge was a deliberate intention. However this new inclusiveness did not extend so far as allowing women to take degrees. UCL, and particularly the Department of Political Economy, would though eventually play a crucial role in furthering access to women.

In the 1860s, encouraged by the newly-formed London Ladies' Educational Association and within college especially by the Professor of English Literature, Henry Morley, lectures were offered to women, at first outside college premises then later within, but women were not allowed to sit for degrees and men and women were taught separately.  The first coeducational class, not only in UCL but in any British university, was held by John Elliot Cairnes, Professor of Political Economy, in October 1871, his class including "five ladies who are manifesting a very intelligent interest in the subject and are evidently studying it with care."  Cairnes, a friend of John Stuart Mill, was a strong believer in female emancipation but his request to teach men and women together was founded not on an argument of principle but on his poor health and inability to teach the same course twice.  UCL Senate assented without committing themselves to affirming any general principle.  However, Cairnes left the post within a year and his successor, Leonard Courtney, with no argument of disability to justify persisting with the experiment, argued successfully in his letter of acceptance that it nonetheless should be continued: "The experiment seems to have been attended with great success, and I should very much regret if the interest that has been excited among women with reference to the subject should die away.''  Courtney's successor, William Stanley Jevons, evidently agreed since he combined with Morley in using UCL's example to persuade his previous employers in what was to become the University of Manchester to also go coeducational in 1883.

Other departments within UCL followed the lead of Political Economy.  When, in 1878, the University of London decided to allow women to take its degrees, UCL became the first British university to admit women on fully equal terms to men, in all faculties except Medicine, admissions to study political economy taking place for the first time in 1878 under the professorship of Jevons.  Among the first women to study economics at university level were several notable UCL graduates. 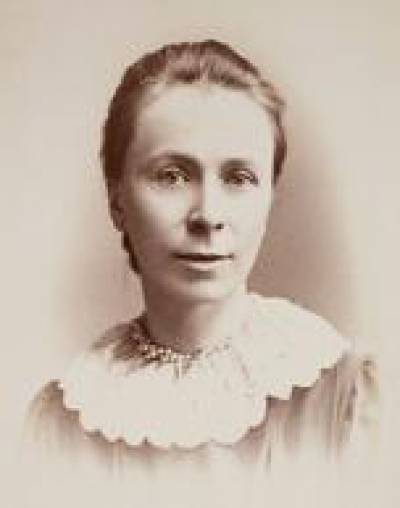 Eliza Orme (1848-1937) was among those women studying in the department, taught by Cairnes and Courtney, between desegregation of classes and opening of degrees.  A student also of law, she earned an LLB degree in 1888, entered a legal career and participated in public life through the Liberal Party. In 1892 she was appointed senior lady assistant commissioner to the Royal Commission on Labour, looking into women's employment, and later took part in official review of women's prison experiences.

Sophie Bryant (1850-1922), born in Dublin, already widowed, was teaching mathematics at North London Collegiate School when she enrolled at UCL to study mental and moral sciences and mathematics. Progressing to doctoral studies she became the first woman to achieve a DSc in England in 1884. She was promoted to headmistress, served on county council boards and commissions on education and became the first woman to be elected to the senate of the University of London. 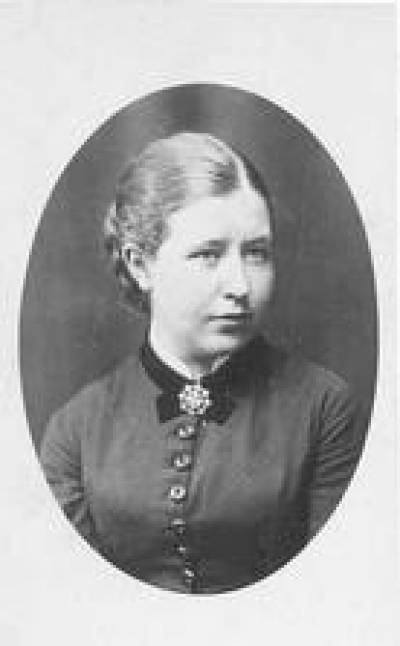 Serving with Orme on the Royal Commission on Labour was another UCL alumna, Clara Collet (1860-1948). Collet's achievements include many firsts for a British woman.  Born into a north London family of radical inclinations and friendly during childhood with the Marx family, she was taught at school by Bryant and was herself teaching in Leicester from 1878 until 1885 while studying as an external student of the college. She moved to London in 1885 to enrol for an MA in political economy at UCL which she completed in 1888 having been awarded the department's Joseph Hume scholarship in 1886, possibly the first woman to achieve an MA at a British university. She continued studying mathematics, lecturing to supplement her scholarship, before joining the pioneering statistical project of Charles Booth to map social conditions in London, moving for three months into the East End to do so.  Following her work on the royal commission mentioned above, she joined the Labour Department of the Board of Trade where her statistical work on labour conditions influenced policy until her retirement in 1920 and beyond.  Her work is characterised by close attention to the gathering of data and its use to inform social reform. In 1894 she was elected to Fellowship of the Royal Statistical Society and later served on its Council.  She remained friendly with UCL head of department Herbert Foxwell and in 1896 she was the first woman to be awarded a UCL Fellowship and in 1902 delivered a series of lectures on "economic questions requiring medical answers", the first woman to lecture in the department. 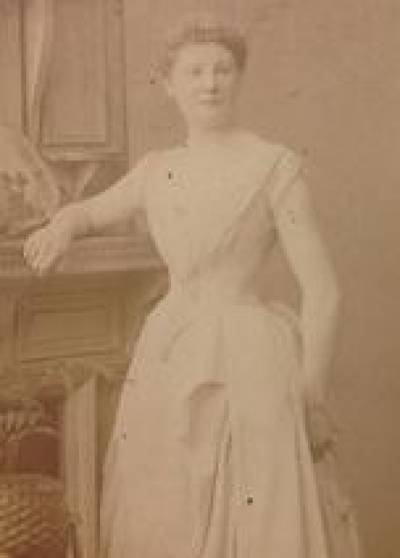 An even earlier recipient of the Joseph Hume scholarship, in 1881, was Ada Heather-Bigg (1855-1944), daughter of a well-known designer of and author on orthopaedic appliances, and one of the college's earliest female undergraduates.  She had been studying in the department since 1875 and went on to achieve a Jevons studentship in 1891 to study economic and social conditions in London.  She became a suffragist and opponent of restrictions on women's work, prominent in the Women's Provident and Protective League, an organisation promoting trade unionism for women, and in the Women's Employment Association.  When she died in 1944, her will left funds designated for a prize still awarded in the department for performance in final examinations. 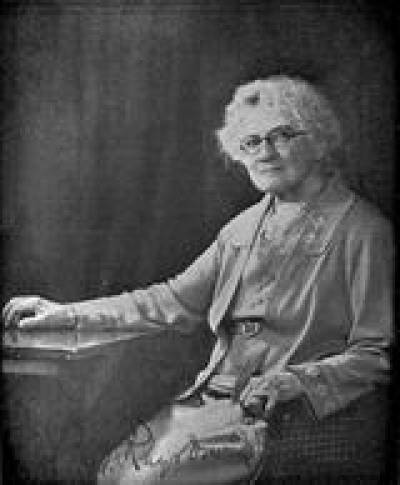 Also studying economics at UCL was Caroline Foley (1857-1942) who took a BA in 1886 and MA in 1889.  Her studies also covered psychology and philosophy, she became interested in spiritualism and went on to a distinguished career lecturing on Indian philosophy and the history of Buddhism in Manchester and at SOAS, marrying and then writing with Thomas William Rhys Davids, professor of Pali at UCL.

All of these women were active in learned societies and public bodies. When the British Economic Association (later to be renamed the Royal Economic Society) was founded in 1890 at a meeting in UCL, all except Orme were recorded as present. The meeting established the Economic Journal, edited in its early years by Francis Ysidro Edgeworth, and Foley was employed on its staff from 1891 to 1895. Collet wrote the first article by a woman and Heather-Bigg, Foley and Bryant all followed her.  Collet was later a member of the society's council from 1918 to 1940.

Collet, Heather-Bigg and Foley were among the small group of young progressive economists  who formed the Economic Club at UCL in 1890, a group meeting monthly to discuss topics in social science away, in the words of fellow founding member Henry Higgs, from "people who rant without being 'trained economists'." Its meetings were attended regularly by Edgeworth and Foxwell and occasionally by Alfred Marshall and John Maynard Keynes among others.

There was a commonality also in their interests as revealed by their publications.  All were committed in one way or another to extension of women's rights, participating in some cases in female suffrage organisations, but all saw also the importance of economic analysis of women's economic position to that cause.  Collet and Orme's work together on the Royal Commission on Labour produced its report in 1893. Summarised in a review by Foley in the Economic Journal, its findings viewed wage-labour as beneficial for women, argued however that they were underpaid and required to endure unhealthy conditions, and encouraged unionisation.  This work was supported by the sort of detailed collection of data on women's industrial pay and employment that underlay Collet's first article in the Economic Journal on "Women's Work in Leeds", and many other articles there and in the Journal of the Royal Statistical Society.  She was concerned not only with economic conditions of the poor but also of the more affluent, contributing another article, for example, outlining the budgets of a sample of middle class working women.

Bryant and Collet both worked as teachers, the principal occupation available to middle class women, and both wrote on teachers' pay.  Bryant's Economic Journal article on educational finance, mainly an analysis of data on cost structures in schools, ended by hoping that achievement of fair pay for women in teaching might help in encouraging broader equalisation of pay through society.  Heather-Bigg, meanwhile, wrote also in the Economic Journal to point out the tendency to undervalue the wife's economic contribution to family income and to argue that opposition to employment outside the household was motivated more by a fear, not so much of women's work, but of women's wage-earning.

Both Heather-Bigg and Foley wrote pieces in 1893 on another topic, the economics of fashion. Of the two, Foley's article, written in the Economic Journal, is a more meandering, more erudite, more heavily referenced reflection on its economic aspects, while Heather-Bigg's article, written in the Nineteenth Century, is a more concentratedly analytical, more polemical dismantling of arguments defending "the cost, the tyranny and the uselessness of fashion".

As other universities, including Oxbridge, opened up opportunities for study by women, even if admission to full membership and degree titles at these institutions were still some years away, women's participation in economic enquiry spread from London. Decisions taken in the 1870s at UCL were nonetheless permanently significant in the history of female admission to academic life and the contributions of the first women to study economics there indicative of perspectives which their admission introduced.
By Ian Preston