Our research focuses on the structure, composition, dynamics and evolution of the Earth and terrestrial planetary bodies.

The Feedback Between Volatiles and Mantle Dynamics 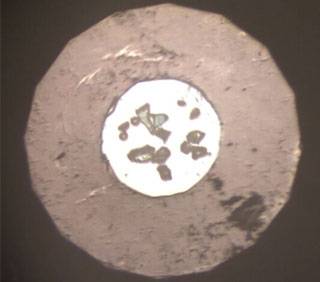 It is widely and generally accepted that volatiles - in particular water - strongly affect the properties that control the flow of rocks and minerals. 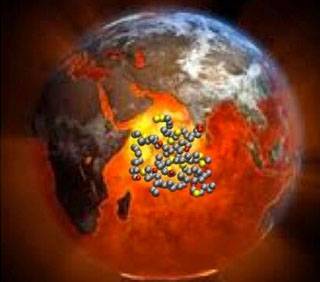 The Earth is a differentiated planet with a heavy, metallic core at its centre, formed by a solid inner core surrounded by a liquid outer core. 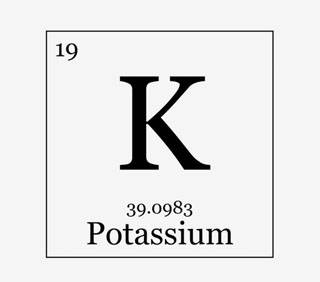 The Earth's magnetic field is generated in its liquid outer core: a shell of liquid which extends between ~ 1200 km and ~ 3500 km from the Earth's centre. 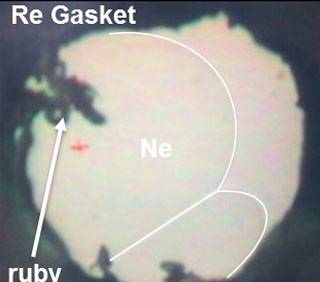 Pre melting is an elastic phenomenon observed for certain materials, where a strong nonlinear shear weakening occurs just before melting 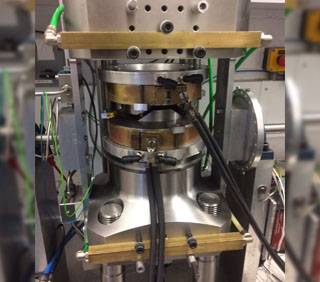 Earthquakes do not occur everywhere on Earth. Instead they are concentrated in bands along the edges of the oceanic and continental plates that make up the Earth's surface. 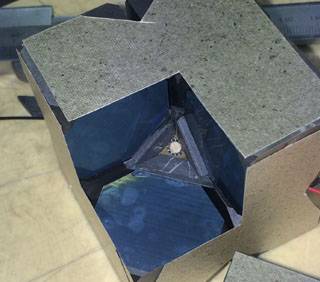 The lower mantle, extending from approximately 660 to 2900 km depth, is a vast and inaccessible layer of the Earth.

It is widely and generally accepted that volatiles - in particular water - strongly affect the properties that control the flow of rocks and minerals (their rheological properties). Indeed, experiments on low-pressure minerals such as quartz and olivine show that even small amounts of water can weaken a mineral - allowing it to flow faster - by as much as several orders of magnitude. This effect is known as hydrolytic weakening, and has been used to explain a wide range of fundamental Earth questions - including the origin of plate tectonics and why Earth and Venus are different. 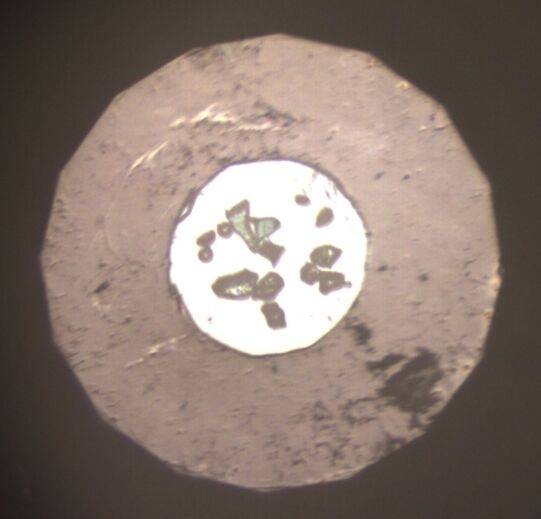 The effect of water and volatiles on the properties of mantle rocks and minerals is a central component of this NERC research programme. Indeed it forms the basis for one of the three main questions posed by the UK academic community, and supported by a number of international experts during the scoping process. The question is "What are the feedbacks between volatile fluxes and mantle convection through time?"

We propose, therefore, a comprehensive campaign to quantify the effect of water on the rheological properties of all the major mantle minerals and rocks using a combination of new experiments and multi-physics simulation. In conjunction with 3D mantle convection models, this information will allow us to understand how the feedback between volatiles and mantle convection impacts on problems of Earth habitability, such as how ocean volumes and large-scale dynamic topography vary over time. This research thus addresses the aims and ambitions of the research programme head on, and indeed, is required for the success of the entire programme. 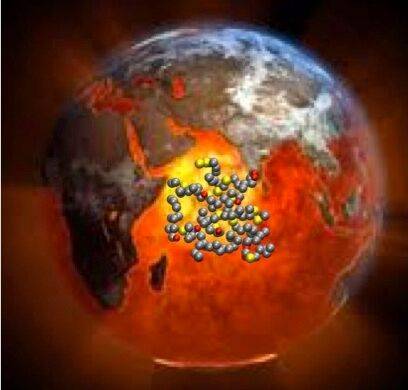 The Earth is a differentiated planet with a heavy, metallic core at its centre, formed by a solid inner core surrounded by a liquid outer core. The core makes up ~ 32 % of the Earth's mass and ~ 15 % of the Earth's volume. It is the seat of major global processes, and the outer core is the place where the Earth's magnetic field is generated. The Earth's magnetic field has been instrumental to the appearance of life on the planet, and to its evolution to the richness of forms we know today. It protects the atmosphere from being stripped away by the constant stream of highly energetic charged particles beamed by the sun, and shields the DNA of all life forms from damage and mutations that they would suffer from such a bombardment of ionising radiation. From measurements accumulated systematically since 1840, we know that the field has dropped in intensity by at least 10 %. Modelling the field with the goal of being able one day to predict its evolution is one of the most exciting problems in the earth sciences. To do that properly, we need to understand how and where the field is generated. We know that the physical mechanism must be motion of the fluid in the outer core, but we do not know the exact composition of this fluid, nor how much of the core is actually involved in the generation of the field.

This project aims to put strong constraints on the exact composition of the outer core, and we will study equilibrium between the core and the mantle to find out if the mantle is continuously pumping oxygen in the core. The research will be used to provide better constrains to model the geodynamo, and it will help the interpretation of the seismic record.

The Earth's magnetic field is generated in its liquid outer core: a shell of liquid iron mixed with a small percentage of nickel and of a number of light impurities like oxygen, silicon and sulphur, which extends between ~ 1200 km and ~ 3500 km from the Earth's centre. The field protects the Earth's atmosphere from the solar wind, and has been present on the planet for over 4 billion years.

Thermal convection relies on a temperature gradient between the bottom and the top, and is sustained by the excess energy that is not lost by conduction. It could be viewed as a thermal engine, whose efficiency depends on the thermal conductivity. The total energy provided to the Earth's liquid core comes from various sources, including the freezing of the inner core with release of latent heat, secular (primordial) cooling, gravitational energy due to contraction of the Earth's radius on cooling, and radiogenic heating, believed to be mainly due to potassium, although contribution from uranium and/or thorium cannot be discounted.

The main aim of this project is to constrain the likely amount of potassium in the Earth's core, to determine if this element could be a significant source of energy for the core. Solubility data for potassium in liquid iron mixtures representative of Earth's core composition and in equilibrium with the mantle will be used to estimate how much potassium may have dissolved in the core during Earth’s ancient history. This data will be based on highly accurate quantum mechanics based simulation methods in conjunction with statistical mechanics techniques, calculated using high performance computers.

Pre melting is an elastic phenomenon observed for certain materials, where a strong nonlinear shear weakening occurs just before melting (when T/Tm > 0.96) causing an anomalous reduction of the shear wave speed. Pre melting has been computationally observed in pure hcp iron (Martorell et al., 2013), and can potentially explain the mismatch between seismic observations and mineralogical models of Earth’s core.

We are using a combination of computational techniques and experiments on analogue materials to investigate whether the pre-melting effects suggested to occur in iron at the conditions of the Earth's inner core really there, are they seen across PT space in both iron and iron alloys, and are they seen in other materials? If the answer turns out to be "yes", all models for the dynamics and evolution of the Earth's core will have to be re-evaluated. 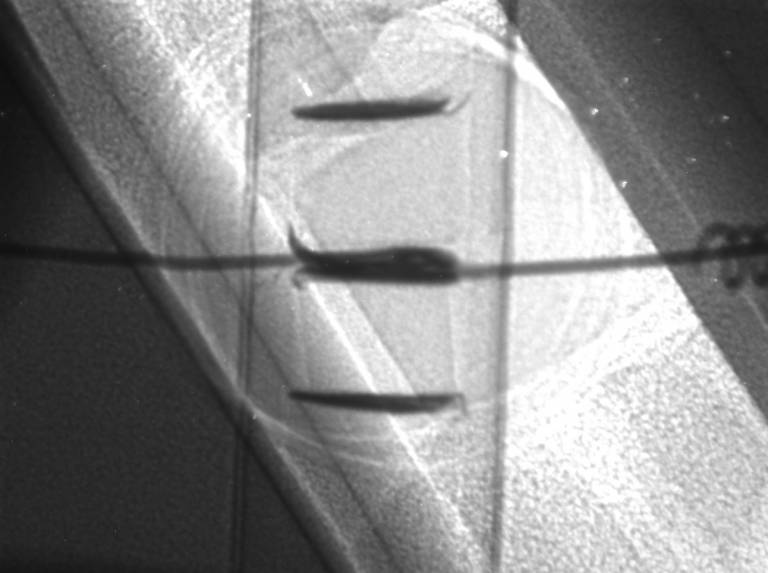 Earthquakes do not occur everywhere on Earth. Instead they are concentrated in bands along the edges of the oceanic and continental plates that make up the Earth's surface. Approximately three quarters of earthquakes occur within 60km (37 miles), of the surface - about the distance between Manchester and Leeds and less than the distance between Glasgow and Edinburgh. At convergent plate boundaries, for example off the East cost of Japan and the West coast of South America, oceanic crust is subducted deep into the Earth. At these boundaries earthquakes can occur to depths of almost 700 km, or 435 miles, a distance similar to that between London and Inverness.

The physical processes causing surface/shallow earthquakes are relatively well understood, but the aim of this research is to understand what is the physical mechanism permitting deep earthquakes to occur?

The DT-cup experimental apparatus will be used to recreate the extreme pressures (200,000 atmospheres) and elevated temperatures (800-1000 C) under which the deep earthquakes occur. Samples are deformed at mantle conditions and transducers used to listen for the sound emitted by "lab-quakes". By analysing the size and number of "lab-quakes" we will understand what physical processes are active in deep earthquakes and so what provides the 'wheels' allowing deep earthquakes to happen.

The lower mantle, extending from approximately 660 to 2900 km depth, is a vast and inaccessible layer of the Earth. There are no direct samples from the lower mantle, so everything we know about this region is inferred from the speed that seismic sound waves transit this region. Seismic tomography of the lower mantle demonstrates that anomalously slow material is observed to pervasively occur throughout the lower mantle. One popular explanation for these observations is they are the signature of subducted oceanic crust. However, this hypothesis cannot be tested as the physical properties of calcium perovskite, which makes up between 2-30 vol.% of lower mantle mineral assemblages remain almost completely unconstrained.

A multi-anvil apparatus is a large hydraulic press that can apply a force of up to 1000 tons, the equivalent of ~ 170 African elephants, to a millimetre-sized sample to recreate the conditions found in the Earth’s deep mantle. Using experiments performed in this apparatus the crystallographic acoustic and rheological properties of calcium perovskite are being studied by making in-situ measurements at UCL, and in combinations with simultaneous diffraction at global synchrotron sources.