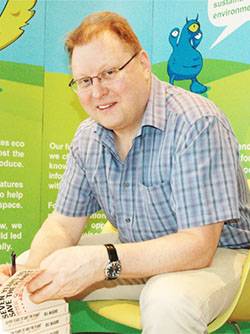 ill McGuire is an academic, science writer and broadcaster. He is currently Professor of Geophysical & Climate Hazards at UCL. Bill was a member of the UK Government's Natural Hazards Working Group, established in 2005 in the wake of the 2004 Indian Ocean tsunami, and in 2010 a member of the Scientific Advisory Group for Emergencies (SAGE), addressing the Icelandic ash problem. He is a contributing author on the 2011 IPCC Report on climate change and extreme events and was a member of the Lancet - UCL Commission on the Health Effects of Climate Change. He is an Advisory Board member of the Contraction & Convergence Foundation and a member of the Science Advisory Panel of the Science Media Centre. His current research focus is climate forcing of geological hazards. His books include: Natural Hazards and Environmental Change; A Guide to the End of the World - Everything You Never Wanted to Know; Surviving Armageddon - Solutions for a Threatened Planet; and Seven Years to Save the Planet. Bill presented the BBC Radio 4 series: Disasters in Waiting and Scientists Under Pressure and The End of the World Reports on Channel 5 and Sky News Channel. Bill's Who's Who entry lists 'worrying about the future of our planet' amongst his hobbies and interests. Bill lives in Brassington in the Peak District with his wife Anna, sons Fraser (7) and Jake (2) and cats, Driftwood and Dave.