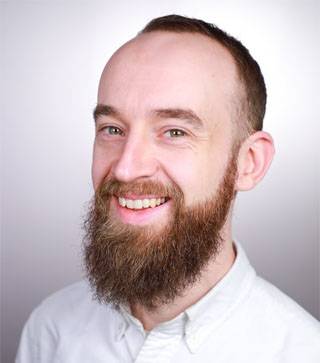 My research focuses on solar geoengineering, a set of proposals to increase the amount of light that the Earth reflects to lower its temperature. My work has two broad themes:

Solar geoengineering describes a set of proposals to modify the Earth's radiation budget which may offer a means of reducing the impacts of climate change. Through my research, I seek to understand the potential risks and benefits of solar geoengineering and to explore its broader implications.

Asking tough questions about the science, technology, and politics of climate change. Every two weeks, Jesse Reynolds and Dr. Pete Irvine explore how we can fight global warming by cutting greenhouse gas emissions, carbon removal, adaptation and solar geoengineering. They consider the roles of computer models and persuasive narratives, economics and public policy, and renewable energy and national security in the climate debate, and look beyond to issues such as biotechnology and international development.

Plan A for climate change is to eliminate CO2 emissions as fast as possible and to do all we can to adapt to a changing world. While some countries are achieving significant emissions cuts, global emissions are still not falling. Plan A is failing and there is no Plan B. There’s no way around the fact that until we eliminate CO2 emissions, we’re only going to make the climate problem worse.
It’s time for Plan A+. What is Plan A+? It’s exactly the same as plan A, we would rapidly eliminate CO2 emissions and rush to adapt, but we would also reflect 1% of sunlight back to space.
In this newsletter I’ll explain how solar geoengineering could slash the risks of climate change and may even make it easier to achieve our other climate goals.