Professor Tom Barnard, who died earlier this year (26th Jan. 2015), was a UCL graduate, and after service in World War II was appointed in 1946 as an Assistant Lecturer in Micropalaeontology at UCL. He was promoted to Professor in 1963, and retired from UCL in 1982. 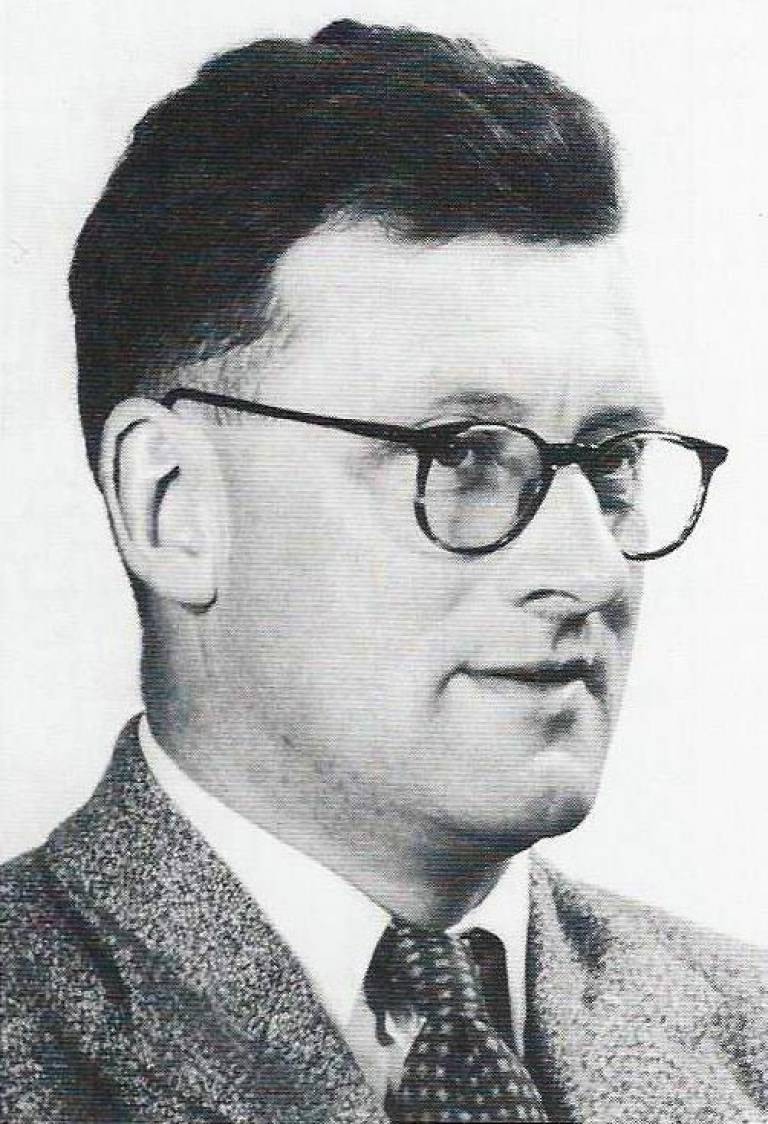 Prof Barnard carried out seminal research on Jurassic foraminifera and produced pioneering publications on calcareous nannofossils. He led the founding of UCL’s world regarded taught postgraduate programme in micropalaeontology in the 1950s. Tom was responsible for training a generation of leading micropalaeontologists, including Prof Fred Banner, who returned to UCL in 1983 following Barnard’s retirement.

Although my UCL-based training and supervision was overseen by Profs Alan Lord and Fred Banner, I had the pleasure of being taught in part by Tom Barnard in my first year in UCL, just as he was retiring. I had arrived at UCL on a scholarship from Lebanon (then being torn apart by civil war), and had just finished an intensive course in English. He was indulgent of my then less than perfect linguistic skills, and I recall an enjoyable, but somewhat bemusing first field trip with him to the Paris Basin. After his retirement, Tom remained active, but was rarely seen in the Department ... I am sure he had many better things to do with his leisure time!

Tom Barnard’s death marks the end of an era. He was a pioneer in foraminiferal research, which has subsequently grown to be so significant in biostratigraphy and oceanography. But he was also the link between today’s modern UCL Department of Earth Sciences, whose foundations were laid by Mike Audley-Charles in the 1980s, and the more historic UCL Department of Geology, created by Professor Hollingworth at the end of the Second World War. Tom Barnard’s life and contribution to UCL will not be forgotten.