I am an Ears Nose and Throat (ENT) Higher Surgical Trainee working within UCL Hospitals and a Honorary Clinical Lecturer appointed to the evidENT team at UCL.

I gained a first class honours degree in Physiology from Kings College London in 2001 and then qualified in medicine from Guy’s, Kings and St. Thomas’ Medical School in 2005 with Clinical Distinction. My general surgical training was in London, and I was subsequently appointed as an ENT Higher Surgical Trainee by the London Deanery in 2009. I have completed 5 years of Higher Surgical Training including Head and Neck cancer, Rhinology and Facial Plastics, Laryngology, Otology and Neurotology and Paediatric ENT. I have previously been appointed to represent junior doctors at the Royal National Throat Nose and Ear Hospital and have been elected to represent ENT trainees in London (North Thames) to the Surgical Training Committee. I took time out of my Higher Surgical Training to undertake a PhD at UCL.
I was awarded the Royal College of Surgeons Research Fellowship in 2012 to investigate the pathophysiology of laryngopharyngeal reflux - a condition that results from silent regurgitation stomach fluid to the throat causing pain, discomfort and hoarse voice. I studied the role of Helicobacter Pylori - a common bacteria well known to cause ulcers in the stomach - in patients who have have symptoms that have failed to respond to conventional therapy.

I was subsequently awarded a Wellcome Trust Research Grant to investigate the drivers of regional surgical rate variation. My PhD thesis used matched hospital and GP datasets to explore patient , disease and social drivers of regional variations in sore throat in the community, tonsillitis in primary care and tonsillectomy in hospitals. In this fashion I was able to examine regional variations across the whole patient experience and show that a large proportion of regional tonsillectomy rate variation was related to regional variations in tonsillitis. I additionally undertook a NIHR supported national multi-centre observational study of decision-making to evaluate how treatments are decided for adults with recurring tonsillitis. I developed a new instrument to elicit surgeon and patients’ treatment preferences and used it to demonstrate how surgeons’ personal preferences influence the patients’ decision making.

I worked with the National ENT Trainee collaborative - INTEGRATE - to develop and deliver the largest study of nose bleeds to date and am currently working with this group on developing patient centred and clinically relevant outcomes for outer ear infections.  I am also working with the evidENT team, as a Principal Investigator Delegate, to explore the safety of new medical treatments that are aimed at reversing hearing loss. 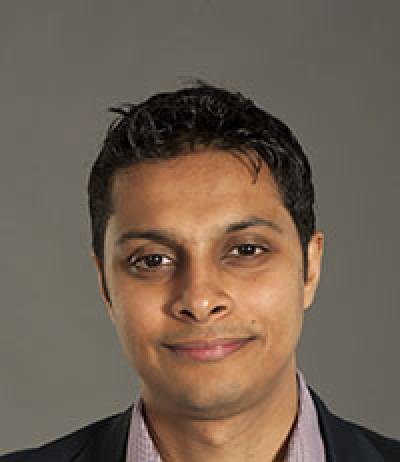