Last week Iceland hosted their annual Charity Week in 870 UK stores to raise money for their Charity of the Year, UCL Dementia Research. 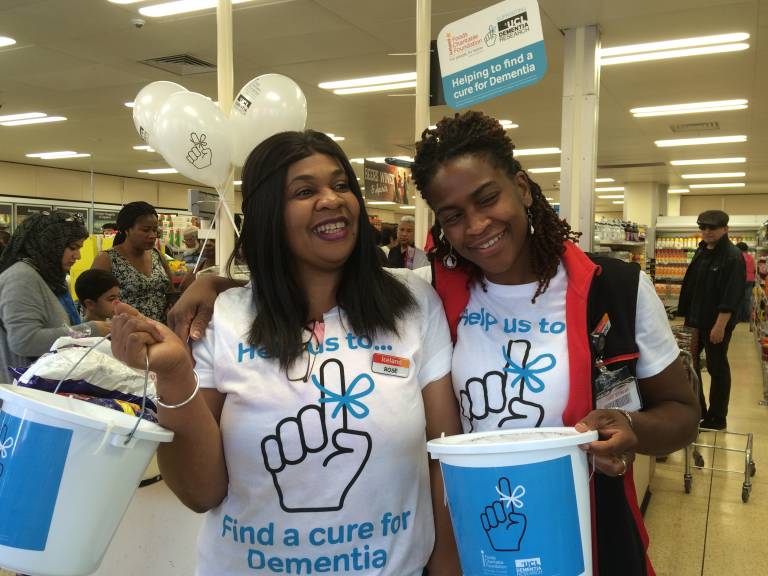 Iceland colleagues and customers took part in a huge range of fundraising activities in-store, including a 14 hour rowing marathon, bake sales, fancy dress, leg waxing and raffles. Iceland colleagues have also completed or are preparing for a huge range of other challenges to raise money, with teams and individuals taking part in many events including the National Three Peaks Challenge, skydives, marathons and the Great North Run.

Next month Iceland hopes to raise a further £1 million for UCL Dementia Research through two major events in Cheshire: its biggest and best-ever annual Charity Golf Classic, and a glittering Dementia Challenge Ball at the home of Iceland founder and CEO Malcolm Walker. Funds raised from all these initiatives, together with the proceeds of Iceland's 5p single-use carrier bag charge, are being donated to the UCL Dementia Research Institute as part of Iceland's commitment to raising a total of £10 million for this outstanding cause.

The Charity of the Year partnership is part of an innovative wider programme of philanthropy instigated by Malcolm Walker, including the launch of a unique retail coalition which sees leading UK retailers including Iceland, Asda, Morrisons and Waitrose pledging funds from the levy on single-use carrier bags in England to support the development of a new Dementia Research Institute at UCL.

UCL Dementia Research is world class. With the continued support of organisations such as Iceland, the university can push forward with plans to create a state of the art Dementia Research Institute which will bring together researchers from across UCL to lead national and international efforts to find effective treatments and improve the lives of those with dementia.

Professor Nick Fox, Director of the UCL Dementia Research Centre, said: "Dementia already devastates the lives of far too many families across Britain - we urgently need to find more effective ways to prevent, delay or treat the diseases that cause it. There are real prospects for progress if we bring together the most able scientists and clinicians and support them in their research. This remarkable support from Iceland and other leading retailers could make a real difference to accelerating that research."

Malcolm Walker, Founder and CEO of Iceland said: "We have been raising funds for dementia research for the last five years and have found that it strikes a real chord with our colleagues and customers, because dementia affects the lives of so many of their families and friends. This is reflected in the inspirational passion to raise money so evident during our Charity Week. I am delighted that we have been able to forge our unique and special partnership with UCL Dementia Research, which recognise the vital role of their cutting edge research in tackling one of most devastating diseases in our world today."