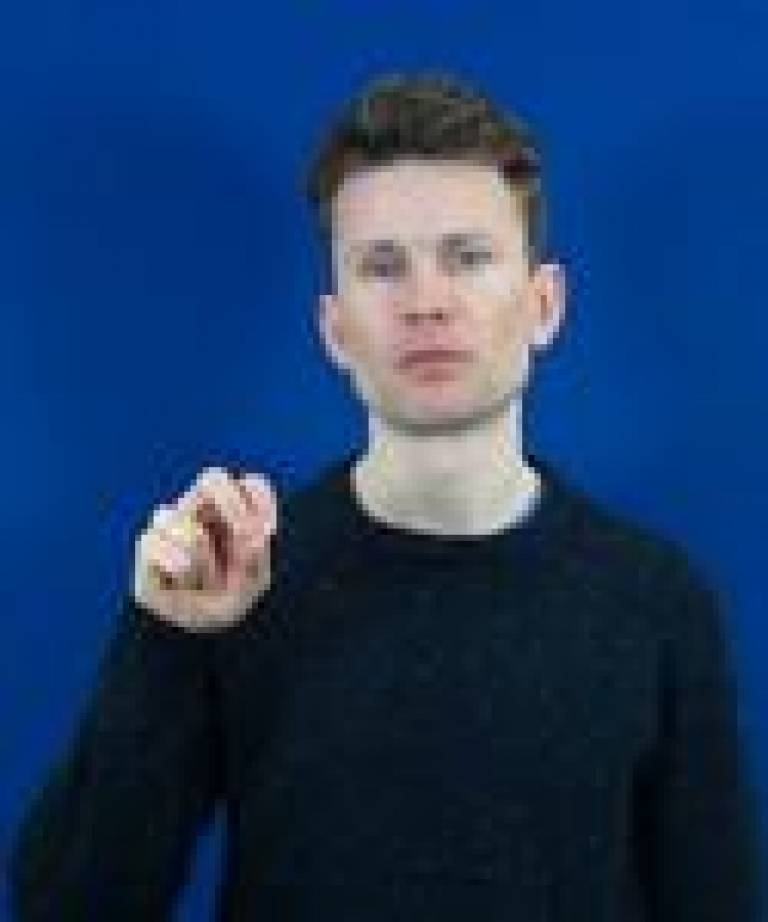 Awareness about the changing use of language isn't just limited to speakers of English, who may lament the loss of old words and the inclusion of new words like 'selfie' in the Oxford English Dictionary. Users of British Sign Language (BSL) are being faced with unprecedented change in their language, with some loss of regional variations in signs, and a gap between the older and younger generations emerging.

British Sign Language is a rich, naturally evolving language, where the signs you use can vary according to where you live and where you went to school. Just like in English, where you may call a bread roll a 'bap', 'barm' or 'cob', partly depending on where you grew up, the vocabulary of BSL can differ depending on your region. However in the first major study of how BSL is evolving, now published in the journal PLoS ONE (http://dx.plos.org/10.1371/journal.pone.0094053), researchers have found that although local dialects still exist, these variations are in decline.

The researchers, based at the ESRC funded Deafness Cognition and Language Research Centre (DCAL) at University College London, including Adam Schembri now at La Trobe University in Australia, filmed almost 250 deaf people using BSL from eight cities across the UK to document how the language is used and how it is changing today.

They found that a shift is taking place in the signs used by different generations, as younger people abandon the traditional regional signs that are still in use by older signers.

They examined regional variants for three different groups of concepts: those for numbers, colours and countries. These groups of signs showed a high level of variation: for example, the colour purple has 22 different signs. However, the study showed that the use of traditional variants is changing, with signs for countries changing at the fastest rate.

"Some regional signs appear to be in decline, as younger people are using them less. Some sign variants are more widely used than others, while some are rarely used at all."

One reason that this variation may be in decline is because of the different way deaf children have learned BSL over the generations.

"The recent closure of deaf schools may have contributed to the reduction in BSL variation, as deaf children are now more dispersed and are more typically mainstreamed alongside children who are not deaf. So they have a very different experience of signing in school compared to deaf children 50 years ago."

Television, telecommunications and the internet may also be playing their part, just as they have done with the English language. As the use of sign language in television programmes and on the internet has increased, deaf people have been exposed to signs in wider use, possibly leading to a loss of local dialects.

It may also have to do with the fact that technological advances are allowing deaf people to move around the country and the world more, meaning that they are exposed to signs from different regions in the UK, and from different sign languages around the world. The study found for example that although there are a number of BSL signs for the USA, most young signers were adopting the American Sign Language sign for the USA.

Whatever the reason, it is clear that British Sign Language is undergoing rapid changes, and some amongst the deaf community may be concerned about the loss of their traditional signs.

"Quite a lot of deaf people are proud of their regional variations, and would see it as a shame if they were lost. However, the data we have collected will be recorded for long term preservation so these signs are not forgotten." concludes Dr Cormier.

1. This release is based on the findings from 'The British Sign Language Corpus Project (2008-2011) funded by the Economic and Social Research Council and carried out by the Deafness Cognition and Language (DCAL) Research Centre at University College London.

2. Deafness Cognition and Language (DCAL) Research Centre is based at University College London. DCAL is a world-renowned centre of excellence for research on BSL. The centre brings together leading Deaf and hearing researchers in the fields of sign linguistics, psychology, and neuroscience. DCAL is funded by the Economic and Social Research Council (ESRC).

3. The British Sign Language Corpus Project (2008-2011), funded by the Economic and Social Research Council (ESRC), aimed to record examples of BSL used by Deaf people and to store this information in a collection ("corpus") that is made publicly accessible on-line, and also to carry out research using this collection into BSL grammar and vocabulary, variation in BSL across the country and how BSL is changing. This data was collected to have a permanent and secure record of BSL, as the language is used today by fluent signers across the UK. We know that the language is changing rapidly due to changes in the Deaf community, so it is important that we have a record for the future. Having a BSL Corpus is also useful for several other reasons: it will directly lead to an improved understanding of BSL structure and use. This information is important for the education of Deaf children, for training sign language interpreters, and for BSL teachers. (http://www.bslcorpusproject.org)

4. The Economic and Social Research Council (ESRC) is the UK's largest organisation for funding research on economic and social issues. It supports independent, high quality research which has an impact on business, the public sector and the third sector. The ESRC's total budget for 2013/14 is £212 million. At any one time the ESRC supports over 4,000 researchers and postgraduate students in academic institutions and independent research institutes.

The ESRC confirms the quality of its funded research by evaluating research projects through a process of peers review. This research has been graded as good.